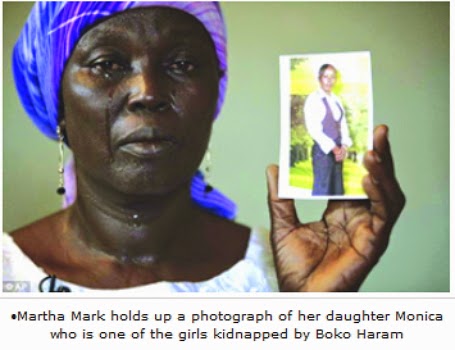 219 abducted Chibok girls left in Boko Haram den have been divided into 4 group and some of them have been moved outside of Nigeria.

The girls are now in several Boko Haram camps in Chad, Niger Republic and Cameroon  Only a small group of the girls are believed to be in Nigeria. 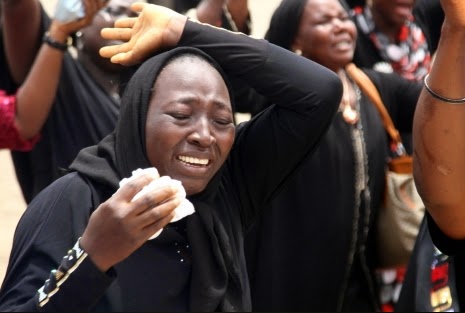 Davis was hired secretly by President Jonathan to negotiate the release of the girls. He said majority of the girls have been moved out of Nigeria.

Dr. Davis, described as a friend of the Archbishop of Cantebury, Justin Welby, has been in Nigeria in the past one month negotiating with top Boko Haram commanders on the release of the girls.

The foreign mediator also gave a pitiable description of the condition of the girls who have spent 49 days in captivity so far.

“One of that small group of girls is ill and we had hoped we might convince the commander of the group holding her that she should be released so we could give her medical treatment.

There are other girls who are not well and we have come close to having them released but their captors fear a trap in which they will be captured in the handover process. One girl has what I assumed is a broken wrist as they demonstrate to me how she holds her hand. I have been told that others are sick and in need of medical attention,” Davis disclosed.

A heartbreaking new video of the Nigerian schoolgirls kidnapped by the insurgents shows them bravely speaking out about their ordeal for the first time.

The footage, not released publicly but sent to President Goodluck Jonathan, was taken in a jungle clearing a month after their abduction.

The girls in the video look healthy, but it is understood that fraught negotiations are under way to broker the release of several pupils who have fallen ill, including one with a broken wrist.

In the video, eight girls, dressed in their home-made school uniforms of pale blue gingham, plead for release as they stand courageously in front of the camera. They are clearly scared, upset and trying to be brave.

Each of them walks in turn to a spot in front of a white sheet fixed to a crude frame between the trees.

Four of them can be heard clearly, in their Hausa language, stating that they were taken by force and that they are hungry. A tall girl, aged about 18, says tearfully: “My family will be so worried.”

Another, speaking softly, says: “I never expected to suffer like this in my life.” A third says: “They have taken us away by force.” The fourth girl complains: “We are not getting enough food.”

The video, taken by an intermediary on May 19, has been shown to President Goodluck Jonathan. It was intended to serve as ‘proof of life’ for the girls and to encourage the President to accede to the terrorists’ demands.

Two earlier videos showed the girls seated on the ground, dressed in hijabs, reciting the Koran, and Boko Haram leader Abubakar Shekau, declaring he would sell them into slavery, or marry them off to their kidnappers, if members of his sect were not released from prison.

The Chief of Defence Staff, Air Chief Marshal Alex Badeh said last week that the government knew the location of the girls and claimed that police and military had been ‘following them’ since the abduction. He refused to divulge details, saying it would put the girls in further danger.

Sources said Mr. Badeh’s announcement may have been the result of government officials seeing the new, unpublished video. They may have been able to persuade Boko Haram’s intermediary to provide details of the location.