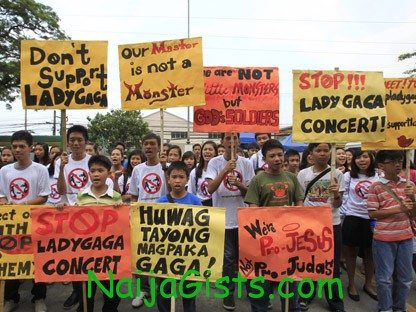 Some Christian youths in the Philippines have chanted “Stop the Lady Gaga concerts” at a rally calling for the superstar’s shows in Manila next week to be canceled. naijagists.com

The group named Biblemode Youth Philippines said Friday that they are offended by Lady Gaga’s music and videos, in particular her song “Judas,” which they say mocks Jesus Christ. Watch the video below 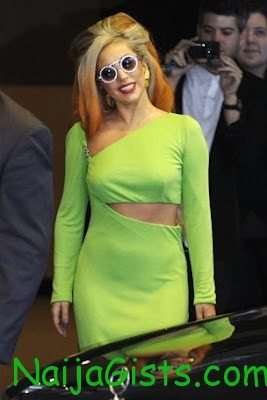 Lady gaga in Taiwan on wednesday

The protest leader and former Philippine Congressman, Ben Abante says his group plans to file a case against Lady Gaga and concert organizers if she sings “Judas” at her Manila gigs Monday and Tuesday.

Former Manila Mayor Jose Atienza says the singer and organizers can be punished for offending race or religion.