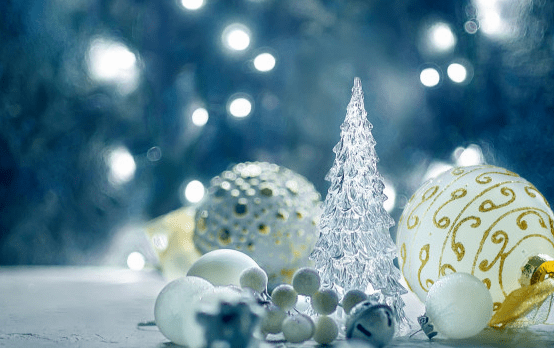 SOMETHING TO REFLECT UPON THIS SEASON…

It another Christmas season, a time to celebrate the birth of perhaps the greatest figure human history.

Over the years, many people have expressed their opinion about the propriety or impropriety of celebrating Christmas on December 25, and some have sought to detract from its essence because of the “type of licentiousness with the celebration these days”, or what correlation such has to the life of Jesus.

There are however incontrovertible facts about Jesus. For example, he was indeed born, he was an exceptional figure, and for the over 3 billion people who believe in him today, he is LORD and savior, and the significance of his birth cannot be overemphasized.

For me, Christmas is not a day, it is in fact A SEASON. Therefore, in the spirit of the season, I’d like to urge everyone who reads this article, especially Christians, to reflect on the life, example, and teachings of Jesus, and allow the same to influence the way we deal with one another, going forward.

Mahatma Gandhi was quoted saying “Oh, I don’t reject your Christ. I love your Christ. It’s just that so many of you Christians are so unlike your Christ…”. It is ironic that as far back as the 1940s, Gandhi understood that our world would be a better place if we allow Jesus’ teachings to guide us or strive to be like him, how come many of us in Nigeria today don’t?

Why do we claim to love Jesus so much to the extent that we celebrate his birth yearly and yet the aggregate of our attitude as a society does not reflect a people who have absorbed his teachings even though the religion he founded has more followers here than in any black nation on earth?

Using everyday experiences Jesus taught his listeners deep spiritual truths and admonished them on the best moral codes to live by. Now, the question of morality has been with man for as long as civilization has existed. Like Jesus, many men have appeared and taught us how to live, or what is morally right or wrong. But why does it appear as though being good, or doing what is right, is so difficult? Why for example, does a child learn selfishness, to insult or lie by default? Why do people choose to be evil when they can also choose to be good?

The late American Scientist Dr. Carl Sagan wrote about an experience that powerfully changed his thinking, which happened in 1939. As a little boy, one evening, his father had taken him to watch the New York Fair. Safely perched on his father’s shoulders, with his mother reassuringly at his side, he was generally enjoying the sight of the event and totally oblivious of the huge crowd of people among which was a pencil hawker around him. As the pencil man paused to rearrange the tray containing his ware, feeling some pity for him, the little Sagan’s father reached into the crumpled paper bag that held the remains of their lunch, withdrew an apple, and handed it to the pencil man. Although he disliked apples then, and had in fact refused the same fruit when it was offered him at lunch and dinner, he nevertheless immediately protested with tears and wailing as his father handed the remnant of their food to the hungry and clearly disadvantaged stranger because “it was my apple, and my father had just given it away to a funny-looking stranger who, to compound my anguish, was now glaring unsympathetically in my direction”.

His father, he wrote, a man of nearly limitless patience and tenderness, though disappointed at him, hugged him tight to his chest. “He’s a poor stiff, out of work,” he said to little Carl, too quietly for the pencil man to hear. “He hasn’t eaten all day. We have enough. We can give him an apple.” He added. Young Carl reconsidered, stifled his sobs and soon fell asleep on his father’s arms.

Moral codes that seek to regulate human behavior have been with us not only since the dawn of civilization but also among pre-civilized but highly social, hunter-gathering societies that existed before us. In some fortunate ancient societies, an inspired lawgiver would rise and lay down a
set of rules  for people to live by. Over time, there have been countless codes as a result. A few examples are the code of Ashoka
in India, Hammurabi in Babylon, Lycurgus in Sparta and Solon in Athens just to name a few. These moral codes, though largely defunct today, guided people’s behavior, were popular in their times and everyone was expected to live by them such that those who didn’t were punished.

Today, in a country like Nigeria with a population of people, many of whom are highly religious yet bereft of spirituality, it is hard to find a person who doesn’t subscribe to one form of religious code or the other. Yet, lately, we have seen the country’s name feature prominently in everything bad that comes up around the world. Even within our shores, the news isn’t entirely a beacon of light.

What does it mean to do what is right? Is it right to help a needy stranger? How does one relate with an enemy? Should we ever take advantage of someone who trust and treats us kindly? If hurt by a friend, or helped by an enemy, should we reciprocate in kind? If a colleague makes you look bad in front of your boss, should you try to get even? Should the totality of past behavior outweigh any recent departures from the norm etc.? I know to some, the answers to these questions may be easy and to other they are straight forward, but these and more were questions that Carl Sagan began to reflect on after his experience with the pencil man, questions that shaped him into becoming one of the most consistent moral voices in American history even though he died an atheist. The same questions that has produced great moral teachers throughout history.

I know this would sound like a tall dream, but my wish is to see a Nigeria where everyone, both the leaders and led, Christian or not, anytime they are faced with making decisions, especially far reaching ones, would always let the “if I was in his shoes” mantra guide them.

I understand the complexity of human behavior, but do we have to wait until our churches and mosques say so before we choose to do good? Should our actions always be determined by our perceived self-interest? For example, an old woman who offers a cup of cold water to a tasty stranger, an act of kindness, only because she is shoring up her rewards in heaven or terrified of going to hell fire?

Among the major codes of moral behavior, the most popular is the Golden Rule which is attributed to Jesus Christ. “Do unto others as you would have them do unto you”. But how many people follow it even though almost everyone admires it and often quotes it, especially when the discuss is about a heinous crime? Some disagree with this rule while pointing to the response of Chinese philosopher Kung-Tzu also known in the West as Confucius, when in the fifth century B.C. his opinion of repaying evil with kindness as advocated by Jesus was sought and he replied, “Then with what will you repay kindness?”. How could one turn the other cheek when slapped after his first cheek has been slapped, especially by a heartless adversary whose sole intention is to liquidate him? Is that not a guarantee for total liquidation?

Another code of moral conduct is the Silver Rule made popular by the Jewish Rabbi Hillel who lived 50 years before Jesus. “Do not do unto others what you would not have them do
unto you”. Men like Mohandas Gandhi and Dr. Martin Luther King Jr. lived by this rule and counselled oppressed people not to repay violence with violence, but not to be compliant and obedient either, to their oppressors.

The Brazen Rule advocates the “Do unto others as they do unto you” code of moral conduct. It is the “an eye for an eye, and a tooth for a tooth,” principle proposed in the Old Testament of the Holy Bible. I am sure many of us would have seen this rule play out in our daily lives especially when we feel this inner yearning to show kindness to people who are kind to us, or seek vengeance against grievous offenders. In such situations, it is fairly natural to say “one good turn deserves another” or to say “an offender is worthy of his own desert”.

Fact is, the first two rules require a lot of discipline and self determination to live by and the situation in Nigeria today makes it even more difficult. Despite our religiosity, like elsewhere in the world, especially among the elite class especially in politics, what we see at work is “the Suck up to those above you, and abuse those below you” principle. Like the norm in in many nonhuman primate societies, the jungle or a zoo, we have seen men argue that the Golden
Rule impossible to live by. They advocate (at least by their actions) the Iron Rule which is “Do it to them before they do it to you”, a rule that promotes the advantage of a ruthless and powerful few against the interests of everybody else, and there are powerful Nigerians who are guilty of that today.

Well, no matter how hard it might seem, one of my new year resolutions is to do everything within my power to let Jesus’ example guide the way I relate with others, going forward. If you have not already decided on that, do so now. If you have, keep the faith.

Continue Reading
You may also like...
Related Topics:2019, Christmas, reflection

Please Bear With Us, You Are In A Different Country Now
The True Meaning Of Christmas