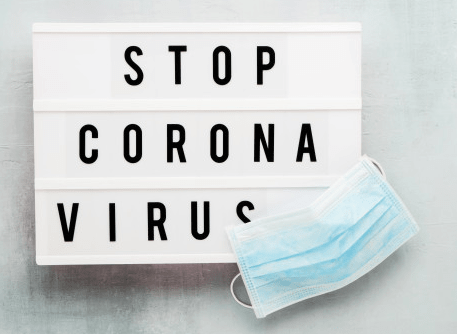 The patients who walked into Dr Uche Blackstock’s urgent-care clinics in Brooklyn, New York, with coughs and fevers were white, black, and brown.

But in the last few weeks, she has witnessed a notable shift: Fewer white people have showed up, while there has been a dramatic uptick in the number of black and brown patients.

Many are lower-income service workers and essential workers – delivery drivers, police officers, subway workers, corrections officers – who do not have the luxury of working from home or retreating to a second home in a less dense community.

“People say that COVID-19 is a great equaliser and that everyone’s going to be impacted,” said Blackstock, chief executive of Advancing Health Equity.

“But the fact is that certain communities are more harshly impacted than others,” she added.

The available data of the race of coronavirus victims – released by only a handful of states – bear out that observation, revealing a stark disparity between white and black residents.

In Michigan, black people have died at more than eight times the rate of white people.

In Illinois, they have died at nearly six times the rate.

In Louisiana, the difference is five-fold.

Not only are black Americans less likely to be insured and able to afford testing, but they are more likely to have underlying medical conditions such as asthma, diabetes, high blood pressure and heart disease that could put them at higher risk for severe illness.

“This virus is treading a glide path that unfortunately our society has paved through structural racism and poverty.

“It is finding its way into our most vulnerable communities, who in our country tend to be disproportionately black and brown,” said Dr Abdul El-Sayed, a former director of the Detroit Health Department.

The problem is compounded by the fact that many of the most vulnerable people work in service jobs that increase their risk of being exposed to the virus.

Fewer than 20 per cent of black workers are able to work from home compared with about one-third of their white counterparts, according to data from the Bureau of Labor Statistics.

Last week, Jason Hargrove, a 50-year-old bus driver from Detroit, died from complications of COVID-19 just 11 days after he posted a video railing against a woman on his bus who had just coughed four or five times without covering her mouth.

“We’re out here as public workers, doing our job, trying to make an honest living to take care of our families.

“But for you to get on the bus, and stand on the bus, and cough several times without covering up your mouth, and you know that we’re in the middle of a pandemic, that lets me know that some folks don’t care,” he said on the video.

On Monday, the Lawyers’ Committee for Civil Rights Under Law and hundreds of doctors called on the federal government to begin reporting the racial and ethnic demographic data on COVID-19 immediately.

“Systemic racism and bias in the health care system have resulted in chronically poor health outcomes for black Americans,” Kristen Clarke, the president of the committee, wrote in a letter to the Department of Health and Human Services and the Centers for Disease Control and Prevention.

The nation’s top infectious disease expert, Dr Anthony Fauci, said at a White House briefing on Tuesday that health disparities had always existed for the African American community, but the pandemic was “shining a bright light on how unacceptable that is.

“It’s not that they’re getting infected more often. It’s that when they do get infected, their underlying medical conditions … wind them up in the ICU and ultimately give them a higher death rate,” he said.

Such racial data are needed to improve access to testing and treatment, according to public health experts.

“We need to know which communities are going to need more resources so that we can allocate them equitably and mitigate the potential devastation.

In New York, the discrepancy between rich white and poor black neighborhoods is so stark that Blackstock has closed a clinic in the relatively white, affluent area of Brooklyn Heights so that she can shift staff to clinics dealing with the surge of infected black and brown patients in Prospect Park South and Crown Heights.

“Already before the COVID-19 pandemic, these communities were in crisis. And now we have a crisis within a crisis,” she said.

In Chicago, where black people constitute 30 per cent of the city’s population but 68 per cent of COVID-19 deaths, Mayor Lori Lightfoot announced on Monday that officials would mount an aggressive public health campaign targeting minority communities.

“We can’t simply stand by and let this disease wreak havoc in our communities. Lives are truly at stake,” she said.

In Louisiana, Dr Joseph Kanter, assistant state health officer and medical director for the New Orleans region, said the disproportionate number of African Americans who had been infected and died with COVID-19 was “concerning and disheartening,” but “not entirely surprising given the degree of health disparities and inequity we know exist in Louisiana.”

Dr. Joshua Denson, an intensivist at Tulane Medical Center in New Orleans, said he had seen many African American patients with Covid-19 in recent weeks, many with preexisting conditions that made them vulnerable, such as obesity and diabetes.

“Our first cases were occupations that had a lot of exposure. Whether Uber driver or bus drivers, service workers, teachers.

“We have to look into the data and see what could potentially explain this.

“New Orleans is a city that’s known to have a lot of health disparities,” he said.

Some black residents say that the problems are further exacerbated by members of the community who resist calls to social distance and refuse to wear masks.

In Baton Rouge’s Uptown neighborhood, James Harris, a 63-year-old mechanic, has been quaranting at home – wearing a mask when he goes out to Walmart and not giving friends rides in his car.

But even after a neighbor died on March 24, he said, many of his neighbors were not taking precautions.

“They’re not worried about the virus,” he said. (dpa/NAN)