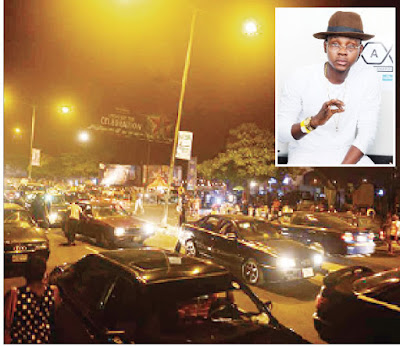 The peaceful mood at the Calabar Christmas village suddenly turned into chaos yesterday as some suspected cultists invaded the area while popular musician Kiss Daniel was performing.

Though it was earlier said to be a robbery attack, some key witnesses at the place said the hoodlums were cultists.

The cultists reportedly stormed the stage and robbed Kiss Daniel of his jewelry and some other items before attacking shop owners and fun seekers in the area.

Victims of the cult attack were reportedly rushed to the hospital while the lucky ones managed to escape when the hoodlums opened fire.

Here is what a shop owner who was in the area at the time of the attack said: