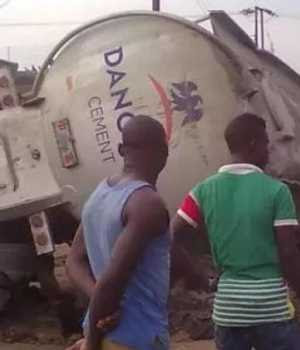 FRSC has confirmed the tragic death of 5 passengers in a fatal road accident that occurred on the Lokoja Ajaokuta road in Kogi state yesterday.

According to FRSC Commander for Kogi, Ogochukwu Ugboma, 3 men and 2 women died on the spot at Gidan Bassa village in the fatal crash involving 3 vehicles; which included a truck belonging to Dangote Cement Company with registration number Kano GWU 34 XA.

The remains of the deceased had been deposited in a mortuary in the area.