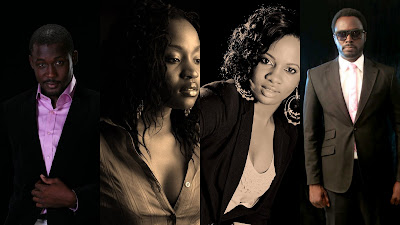 A new Nollywood movie starring Joseph Benjamin and others is set to premier in May.

DARKSIDE is a story of betrayal, greed, desperation and darkness so blinding it leaves you wondering what the world has become. Written by Tijani Balogun; produced and directed by Bayo Alwaiye, DarkSide features Joseph Benjamin, Uru Eke, Bayo Alawiye, KC Ejelonu and Nobert Young.

Before Sir Richard Awala passed on, he made sure Bankole, his only child got married to his one-time best friend’s daughter, Deola. Without a trace of love, they walk down the aisle. An accident, however, leaves Bankole Awala blind, and Deola gets constantly irritated by the situation. Apart from the burden of now living with a blind man she doesn’t love, Deola has a secret of her own – Kayode, Bankole’s best friend, is her lover. In one of their raunchy moments, Sheila – a disgruntled ex-employee – reappears to claim certain entitlements from her former boss only to find his wife and his best friend in an entanglement of lust. In a quick twist of fate, the three of them become allies. They now plot to murder Bankole. The plan is to make it look like natural death. Kayode is apprehensive, Deola is eager, and Sheila cannot wait to lay her hands on the kind of money she’d only dreamed of – over two hundred billion naira cash deposit in Bankole’s account and a multi-billion naira gas kingdom of the Awalas! Are they going to get their way?

DarkSide premieres this May.