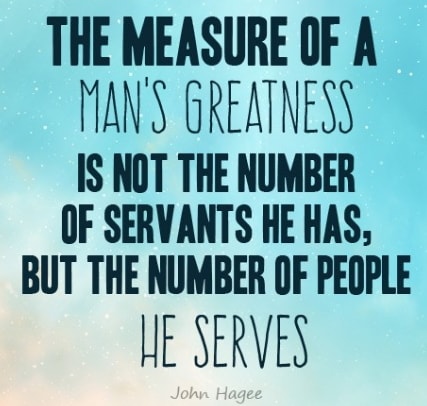 Welcome to this new week of great things. I hope you were blessed through last week’s teaching. May God engrace us for noiseless breakthroughs via soul winning in Jesus’ name! Today, we shall focus on Provoking Favour Through Kingdom Advancement Endeavours!

From scriptures, we understand that seeking first the Kingdom of God is key to a world of supernatural favour. When we favour God’s interest, the time to favour us has come because nothing flies like favour in the journey of life. Also, commitment to Kingdom advancement endeavours brings us into favour with God and with men. For instance, praying for the needs of others provokes God to meet our own needs too. It is important to recognise that Kingdom addicts never run out of favour. In other words, if we are genuinely committed to the advancement, enlargement, expansion of His kingdom, we will never run out of favour.

Examples of those who Experienced Favour via Kingdom Advancement Endeavours

Nehemiah: He was informed that the people of Judah that escaped captivity in Jerusalem were in great affliction and reproach and the wall of Jerusalem was broken down and the gates burnt down by fire. Then, Nehemiah prayed and fasted for certain days, the hand of the Lord came upon him and indescribable favour was unleashed on his life. The Bible records: And they said unto me, The remnant that are left of the captivity there in the province are in great affliction and reproach: the wall of Jerusalem also is broken down, and the gates thereof are burned with fire. And it came to pass, when I heard these words, that I sat down and wept, and mourned certain days, and fasted, and prayed before the God of heaven, And said, I beseech thee, O Lord God of heaven, the great and terrible God, that keepeth covenant and mercy for them that love him and observe his commandments: Let thine ear now be attentive, and thine eyes open, that thou mayest hear the prayer of thy servant, which I pray before thee now, day and night, for the children of Israel thy servants, and confess the sins of the children of Israel, which we have sinned against thee: both I and my father’s house have sinned (Nehemiah 1:3-6).And he found favour in the sight of the king(Nehemiah 2:8). All his outrageous requests were granted by the king without hesitation. The wall was reconstructed in fifty-two days. As a result, he obtained favour from God and was promoted from a Cup Bearer to a Governor! (Nehemiah 5:14).

Joseph: Slavery should be the height of misfortune but Joseph, the slave, obtained favour in the sight of his master he became heir to the family he never belonged to. As it is written: And Joseph found grace in his sight, and he served him: and he made him overseer over his house, and all that he had he put into his hand. And it came to pass from the time that he had made him overseer in his house, and over all that he had, that the Lord blessed the Egyptian’s house for Joseph’s sake; and the blessing of the Lord was upon all that he had in the house, and in the field (Genesis 39:4-5). Also, he was imprisoned for a thing he never did and he was locked up in realm of misfortune. But he found favour in the sight of the keeper of the prisoner and became a staff in prison (Genesis 39:21-23). Joseph’s life looked pitiable but it ended up enviable.

Esther: She prayed and fasted with her maids to save God’s people from annihilation. It is written: Go, gather together all the Jews that are present in Shushan, and fast ye for me, and neither eat nor drink three days, night or day: I also and my maidens will fast likewise; and so will I go in unto the king, which is not according to the law: and if I perish, I perish (Esther 4:16). Then, favour came down from heaven for her before the king, death translated to life and the whole generation of Israel was delivered (Esther 5:8). Remember, the persons in the three examples above were slaves who God decorated because of service to His Kingdom.

Job: The Bible records: And the Lord turned the captivity of Job, when he prayed for his friends: also the Lord gave Job twice as much as he had before (Job 42:10). So, press for favour, it is one of the benefits of Kingdom advancement endeavours.

In summary, if we want favour for our destiny to keep advancing, then we must seek first the Kingdom of God by engaging in Kingdom advancement endeavours.  But, you must be born again in order to do that effectively. Are you born again? If you are not, this is an opportunity to do so. Simply say the following prayer:

Lord Jesus, I come to You today. I am a sinner. Forgive me my sins. Cleanse me with Your precious Blood. Today, I accept You as my Lord and personal Saviour. Thank You Jesus for saving me! Now I know I am born again!”

For further reading, please get my books: The Force Of Freedom, The Turnaround Power Of The Word, Following The Path Of The Eagle, Born To Win, All You Need To Have All Your Needs Met and Fulfilling Your Days.

I know this teaching has blessed you. Write and share your testimony with me through: Faith Tabernacle, Canaanland, Ota, P.M.B. 21688, Ikeja, Lagos, Nigeria; or call 01-4548070, 01-4548280; or E-mail: feedback@lfcww.org;Face book: www.facebook.com/davidoyedepoministries/; Twitter: @DavidOyedepoMin.