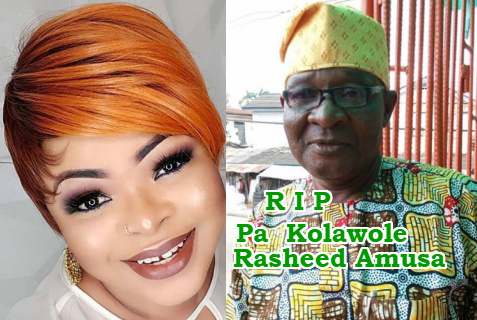 The actress lost her 75-year-old father at her family house in Lagos yesterday the 14th of April 2018.