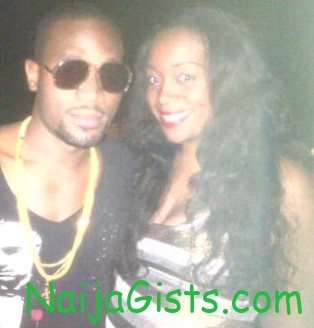 Nigerian musician Dapo Daniel Oyebanjo aka D’banj who was spotted with Davido‘s sister, Caro Adeleke at the recently concluded EME The Baddest concert has been accused of stalking her. naijagists.com

According to eyewitnesses, kokomaster was all over Caro Adeleke throughout the concert.

We are still unsure if the two are dating but D’banj couldn’t stand any moment without her on Friday night.

D’banj who is popular for his affection for single ladies has dated Nollywood actress Genevieve Nnaji and other popular female Naija celebs in the past.

By the way, Kokomaster recently said he is single but not looking.