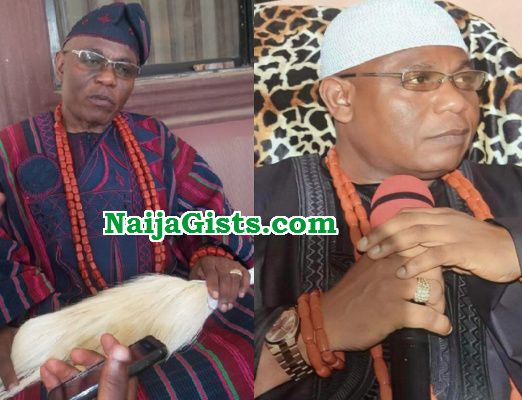 One of the condition was that the Igbo leader is forbidden from wearing any form of crown henceforth.

Oba Aladelusi gave the conditions during a meeting Governor Olusegun Mimiko had with him and the Akure Council of Chiefs in Akure on the lingering crisis.

The governor had earlier met with the Igbo leaders led by the embattled Eze Ndigbo, Iloehike at the governors office.

Ileohike was said to have denied disrespecting the Oba and pleaded with the governor to help resolve the over one-week crisis.

Other conditions include that the Eze Ndigbo must apologize for his unruly behaviour in at least three national dailies and on air.

“That the Igbo leader must write a letter of apology to Oba Aladetoyinbo Ogunlade Aladelusi and the Deji-in-Council.

“That the title ‘Eze Ndigbo’ must be reviewed and replaced with a non-controversial honorary title and that the Igbo Leader must comply with all the earlier directives of the palace.’’

Dr Mimiko, however, apologized to the Oba on behalf of the Igbo Leader.