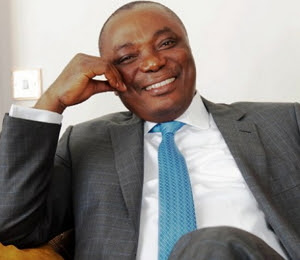 Just as EFCC officials escorted the Delta State senator, Peter Nwaoboshi, out of the courtroom, shouts of ‘Oshimili’ from a band of loyalists standing outside rent the air.

Mr Nwaoboshi, a Peoples Democratic Party senator representing Delta North, was arraigned on Wednesday by the EFCC on two counts of money laundering and conspiracy before Mohammed Idris, a judge of the Lagos Division of the Federal High Court.

He pleaded not guilty to both counts.

While moving an application for his bail, Mr. Nwaoboshi’s lawyer, Valerie Azinge, urged the court to admit him to bail on either of self-recognition or on liberal terms.

Ms Azinge, a Senior Advocate of Nigeria, said in addition to suffering from a heart-related ailment, her client being a senator would not jump bail.

The lawyer also said her client’s failure to attend Senate proceedings would result in his seat being declared vacant by the Senate President.

“This is a case of a pure commercial transaction,” she added.

“Alternatively, in the event that the court is not minded to grant bail on self-recognisance, we will be craving the court’s indulgence to grant bail in the most liberal terms.

“Even the head of the Senate himself, Dr. Bukola Saraki, is before the court of law and yet he is still presiding over the Senate proceedings.”

The prosecuting counsel for the EFCC, Abubakar Mohammed, told the court that the anti-graft agency filed a counter-affidavit in opposition to Mr Nwaoboshi’s bail application.

He, however, conceded that the decision to grant the bail was at the judge’s discretion.

After hearing the applications, Mr Idris adjourned till April 27 for ruling while he ordered that the senator be remanded in Ikoyi Prisons until then.

Count one of the charge accused the senator and Golden Touch Construction Project Ltd of fraudulently acquiring a property known as Guinea House situated at Marine Road, Apapa in Lagos, between May and June 2014, at a cost N805 million.

The charge stated that the defendants ought to have known that N322 million out of the purchase price formed part of the proceeds of an unlawful act under the Money Laundering (Prohibition) Act.