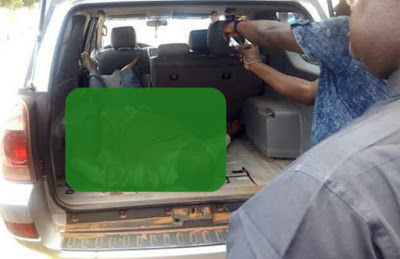 Less than 24 hours after some gunmen killed 19 in 2 attacks carried out in Ukor Mbalon Gwer LGA of Benue state, 13 more have been killed.

Yesterday’s attack took place at Tse Umenger in Mbadwem Council Ward and Mbakpaase in Saghev in Guma Local Government Area, where 13 people were killed, according to Police Commissioner Fatai Owoseni, who spoke to our correspondent on the telephone last night.

Also yesterday, seven people were killed in Ihuman village in Awe Local Government Area of Nasarawa State. Killings have been rampant in the area in the last two months.

Owoseni said the attacks “have gone beyond herders/farmers clashes or communal clashes”.

“It is pure murderous insurgency. These people are enagaged in unconventional warfare and sheer killings,” he said.

The police chief said some of the villagers disclosed that the attackers came at about 5 a.m.

A cross section of the villagers confirmed the attack and said people were killed.

One of them, Shaapera Nyon, said the attackers came at about 5a.m while most people were still asleep.

He said the residents were woken up by gunshots and the cries of agony from gunshot victims.

It was learnt that houses were also razed by the invaders.

A survivor, Mrs Bridget Ugbuusu, said the attackers were armed with sophisticated weapons. They shot at every door while it was raining and killed many people who tried to escape .

“They shot me in the left leg and I fell down; they thought I was dead and later on I tried to escape and they met me again and machete me on my right hand, “ said Mrs .Ugbuusu.

She said one of her four children was killed; three are missing.

Mrs Ugbuusu, who is at the Benue State University Teaching Hospital, Makurdi, slumped on hearing that her children was killed.