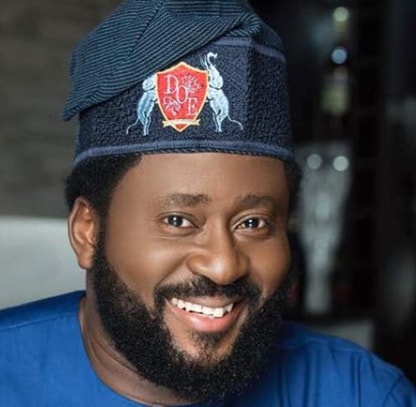 Hon. Desmond Elliot, is one of the people who are excited about the recent visit of France President, Emmanuel Macron, to the New Afrika Shrine.

Despite being tagged as destructive by many people, Macron insisted that he would like to be hosted there.

Speaking with Goldmynetv, Elliot, who was also available to welcome Macron at the New Afrika Shrine, insisted that the France President came to the Shrine to know more about Africa and where Afrobeat originated from.

“The France President wanted to know things about Africa and everyone around the globe knew the late Fela Anikulapo-Kuti, the originator of Afrobeat. For you to know Africa, Macron knew he needed to come to the Shrine and there was no better place to host him than the place he could see Africa at its best.

“The entertainment industry is proud and this has raised the bar for the industry. It is huge for a sitting president of a European country to visit the Shrine and he enjoyed everything about Africa. I am a strong supporter of African culture and I love everything African. I want to encourage other states that whenever they have an important dignitary, they should take them to see their culture.”

Also, the actor said, though Nollywood did a skit to welcome Macron, the visit was beyond the movie industry.

“Nollywood did a skit. but the importance of the visit goes beyond the movie industry. It was a plus for the entertainment and tourism industries. You know one of the ways we can export our culture is through entertainment,” Elliot stated.

Victor Osuagwu: Why I Did My White Wedding 15 Years After My Traditional Wedding
Jim Iyke, Belinda Effah Join La Mode To Celebrate People With Special Ability