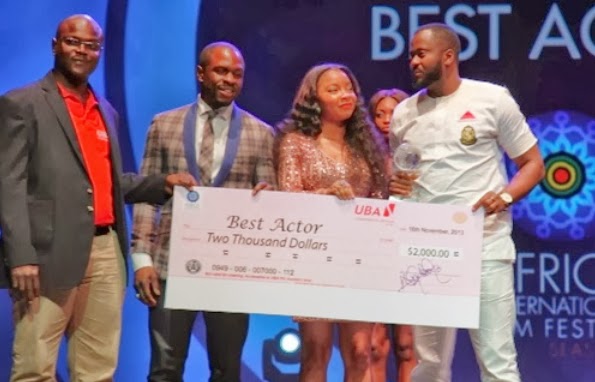 Nigerian movie producer and actor Desmond Elliot has been greatly rewarded for his hard work in the multi-million naira entertainment industry.

At AFRIFF 2013 (Africa Int’l Film Festival) award gala that held in Tinapa, Calabar on the 24th of October 2013, the actor received a prestigious award for best actor for his role in Lies Men Tell movie produced by Uche Jombo.

To crown it all up, Desmond Elliot also received a whopping $2000 prize for his achievement. 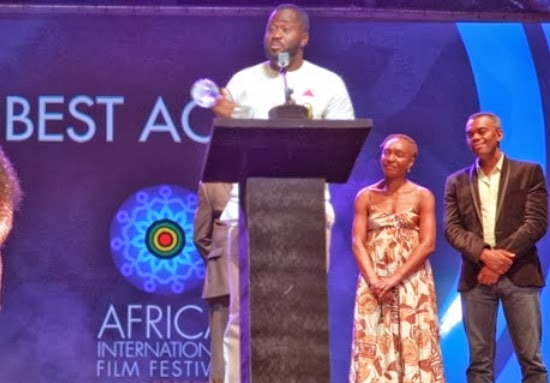 Hard work surely pays… A big congrats to him.