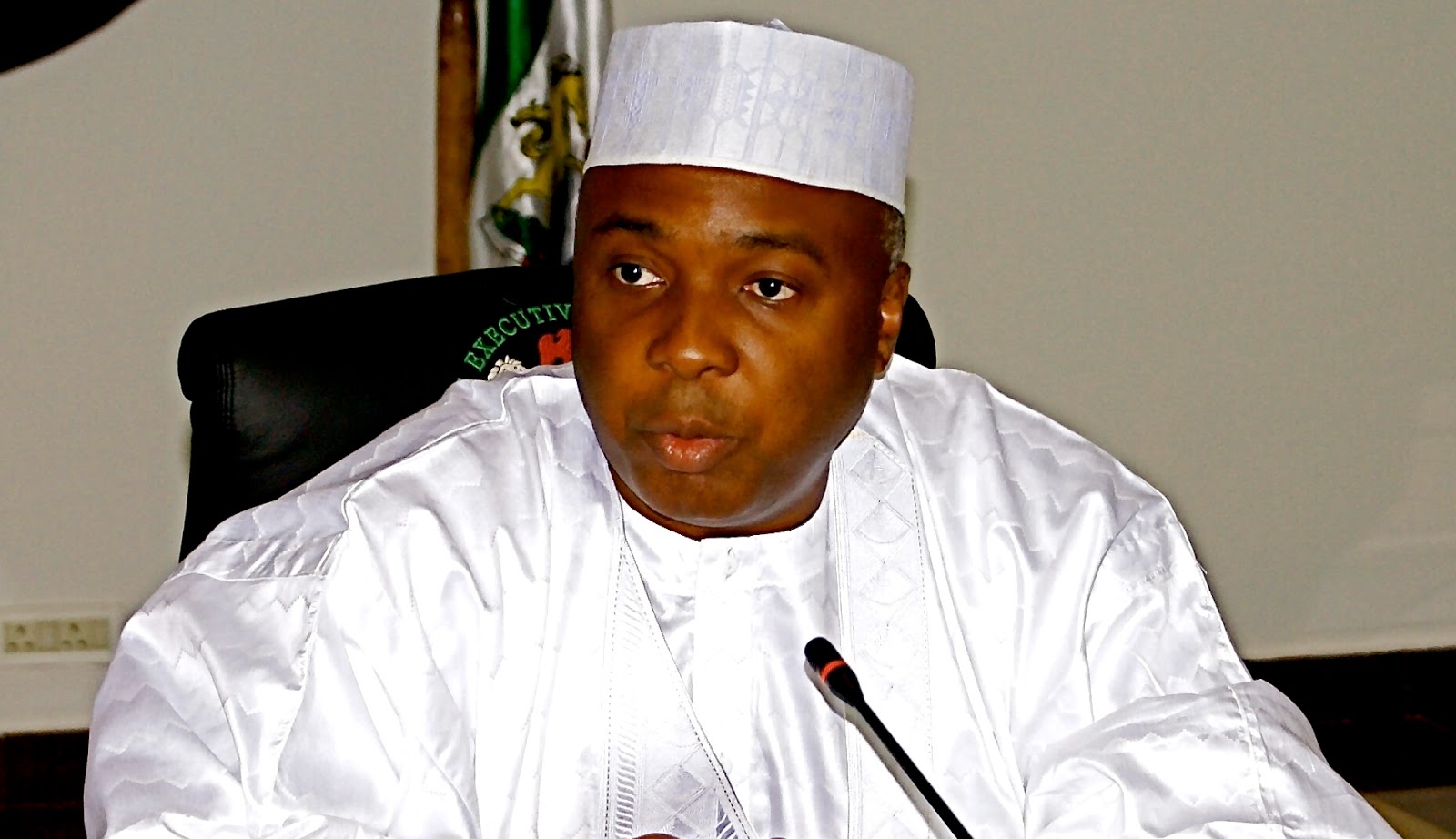 May 17, 2015 – Destiny Beckons On Senator Bukola Saraki As Next Senate President

The National Youths Mobilizer and APC Supporters’ Group which comprises of Mallam Muhammed Mudi, Mr. Abdul, Jamiul and Mr. Lawal in a joint statement have endorsed and throw their weight behind the emergence of Senator Saraki bids for Senate President seat.

In a communique jointly signed and issued to journalists at Chelsea Hotel Abuja on Saturday, in what appears to be an emergency of its excos, stressed the following:

“The North-Central deserves the Senate President Seat no doubt about that, for the single fact that the region remains the minority ethnic groups in Northern Nigeria, unlike the North-East which shares uniformity with North-West where the President-Elect hails from. Whilst any attempt to muscle a candidate from North-East on the Red Chamber may render North- Central to weak of a political orphan, with too much over-bearing power on some sections of a country, which we all know the President-Elect Muhammadu Buhari would not be comfortable with, thus it beholds on every patriotic Nigerian to rally support for Senator Bukola Saraki. However, it is very important to note that the peoples’ General has never won in the North-Central in his last three presidential attempts, compared to a Mountain Everest height recorded for the party at all levels, making it a pride of APC.”

“Senator Bukola Saraki has proven records, a man of honor, sincerity of purpose, a formidable ally with stability to bear on the Red Chamber if given the privilege to steer the ship of leadership in the 8th National Assembly.”

They went further, “As 8th National Assembly kicks off in earnest, destiny beckon on Senator Saraki to assume the No:3 position in the country, call him the man of the moment embedded with charisma you are only being truthful to your conscience. Born into a royal family of Saraki lineage, leadership qualities run through his vein, as a leader of the House in the second Republic his father played a very prominent role with regard to the enrichment of democracy, yet a reminiscence of history is to be played-out on his son Senator Abubakar Bukola Saraki to continue from where his father stopped.”

“A strong financier, an astute mobilizer of people of impeccable strategist, He is in no doubt one of the arrow heads behind the glorious feet recorded by the All Progressive Congress (APC) as a party across board in the just concluded election, not minding the robust role the Honorable Senator played during the party merger, which snowball into coastal ride in the North-Central, a feet never achieved in Nigeria political history.”

“A honest man to a fault, whom many see belongs to the young generation on one hand and solomonly inclined on the other, Senator Saraki, the envy of his fellows on account of being truthful and resolute in the face of daunting challenges in defense of democracy, stands a moral ground to steer the 8th National Assembly, crafted with uncommon display of humility, coupled with his philanthropic gesture towards the down- trodden is a clear attestation to bridging the gap between the have and the have- not, thus would always fast-track bills that are friendly to our collective existence, and with full of life ahead of him represent a face of hope for the youths whom up until now blame leadership failure on deliberate refusal of youths active participation in decision making.”

“A prudent manager of resources with sound academic background and technocrat of whatever standard, His 8years as Governor of Kwara State accommodated the greatest feast of development yet to be seen by any State in Nigeria, whilst transformed every sector to unimaginable height.”

“What more? Courtesy demands He wears the leadership cap that is rightly his, Senator Saraki’s intimidating political resume and panache placed him above his colleagues in terms of maturity in handling the Red Chamber with utmost calmness, amidst Nigeria’s unending bizzare of difficulties in reaching a resolution of immense importance.”

“His selfless style of leadership with doggedness attribute is exemplary in Senator Saraki’s mission statements for good governance over the last 16 years, A political gladiator of the 21st century, His endowed charisma, finesse is intimidatory, and seen by his political rivals as a threat to the survival of No: 1 seat of government should the time come in 2019 and beyond, but unfortunately this stereotypical value can only exist in the minds of those who concorted it or epic proportions of ignorance, since those who knows the Honorable Senator too well would tell you He is down to earth.”

“On a final note, Senator Saraki is bold, courageous, hardly to be coaxed or intimidated into doing things injurious to our collective interest, without sounding too supportive rather for posterity sake and national interest, this is the only man who new such day would come and had long prepared for the task ahead, a trait to his guarding principles.”

“We wish him well for the challenges ahead.”