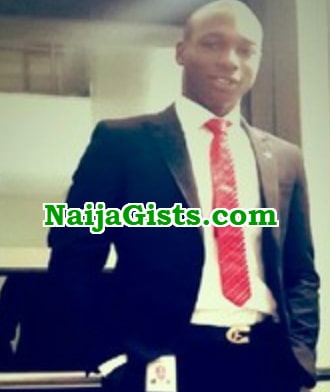 Balogun was arraigned on Monday before the court on a four-count charge by the Economic and Financial Crimes Commission (EFCC).

The anti-graft alleged that Balogun sometimes between May 30 and June, 2018 dishonestly converted to the use of one Balogun Zainab Omohomo the sum of N35 million, property of Finni Oluwakemi.

The defendant was also alleged to have dishonestly converted to the use of Fekeman Global Ltd the sum of N30 million property of Finni Oluwakemi.

Following to his plea of not guilty, EFCC prosecuting counsel Mr. A. Mohammed prayed the court to remand the defendant prison custody and asked for a trial date.

The defence counsel, Adekunle Oyesanya (SAN) however informed the court of a bail application for his client.

He prayed the court to grant him bail on the most liberal terms.

He told the court that his application was supported by a seven-paragraph affidavit deposed to the defendant’s brother.

He added that the offence to which the defendant is being charged is not a capital offence and so is entitled to bail subject to the court’s discretion.

Mohammed, in his response, opposed the bail application in a 14-paragraph counter affidavit and relied on the paragraphs for his argument.

In her ruling, Justice Taiwo granted the defendant bail in the sum of N10 million with two sureties in like sum.

She ordered one of the sureties must own a landed property in Lagos and the other surety must be a close relation of the defendant, with a tax clearance for the past three years to Lagos state.

She therefore ordered that the defendant be remanded in prison custody pending the fulfilment of his bail terms and adjourned trial to April 9, 2019.

Feyisayo Obot, Abuja Lawyer Beheaded By Chef In Ikeja Lagos Hotel While In Lagos For Business Meeting
Man Who Strangled Girlfriend With Wrapper At Green Estate Amuwo Odofin Lagos Says It Was A Mistake