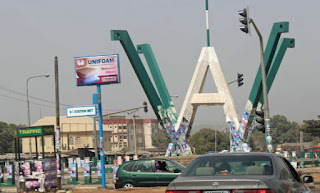 At least two children have died and 82 others hospitalized following an outbreak of vomiting and diarrhoea in Jema’a Local Government Area of Kaduna State.

The News Agency of Nigeria (NAN) learnt that the outbreak was recorded in Kafanchan and neighbouring villages of Katsit, Takau and Katsak.

Abdullmumin Bala, the Disease Control Officer of the Local Government confirmed the development to NAN on Monday in Kafanchan.

He said that the affected children aged 1-5, were receiving treatment in different health facilities in the area.

Bala explained that the health department of the Council had already created awareness on the disease and would undertake water treatment in affected areas to curb the spread.

He expressed satisfaction that the situation had been brought under control and urged people not to panic.

When contacted, the Director of Health in the local council, Mrs Sarah Dadai said the 82 children admitted at Kafanchan Primary Healthcare Centre had been treated and discharged.

“This followed prompt intervention measures put in place by authorities of Jema’a local government and the Kaduna State Ministry of Health to arrest the situation.

“Additional drugs have been dispatched to the health facility where the affected children were admitted to forestall further cases,” she said.

Continue Reading
You may also like...
Related Topics:diarrhea, Kaduna, outbreak