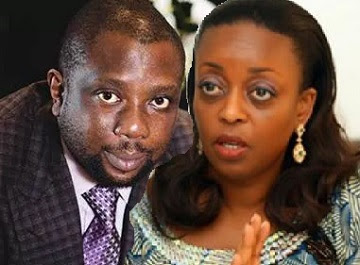 New Court documents filed by the US Department of Justice in Houston have revealed that Nigeria’s former oil minister, Diezani Alison-Madueke tried to warn Kola Aluko and Jide Omokore, her business partners against lavish spending, including splashing millions of dollars on a yacht.

“If you want to hire a yacht, you lease it for two weeks or whatever. You don’t go and sink funds into it at this time when Nigerian oil and gas sector is under all kinds of watch,” she said to Aluko in a recorded conversation.

But her warning was not heeded as Aluko went on to buy Galactica Star, a luxury yacht, for $80million. 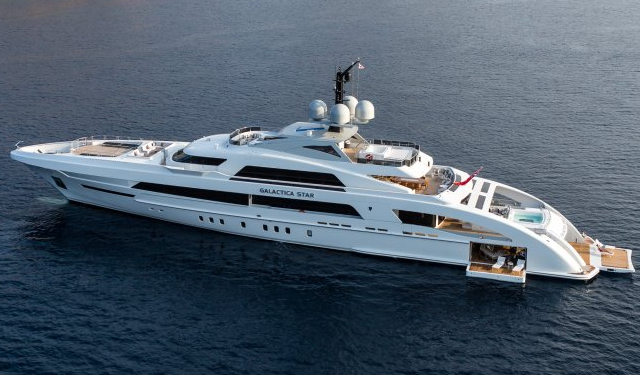 The yacht, a stupendous luxury on water, was once rented by Jay Z and his wife, Beyonce for close to a million dollars during a holiday last year. It also once hosted Beyonce’s 32nd birthday in 2013.

Both Aluko and Omokore are alleged to have paid bribes between 2011 and 2015 to Diezani who ensured that shell companies owned by the businessmen received billion-dollar contracts to sell Nigeria’s crude oil.

The oil swap contracts were a controversial barter arrangement which saw Nigeria use middlemen to sell crude oil in exchange for refined products. With local refineries under-performing, oil swap deals were used to shore up local demand for petroleum products.

Between 2010 and 2014, under Diezani’s watch, Nigeria was estimated to have channeled over 352 million barrels of oil worth a total of $35 billion into oil swap deals.

But with the contracts mostly opaque, Nigeria reportedly lost more than $900 million in crude oil swap deals between 2009 and 2012.

The US Justice Department (DOJ) lawsuit has provided more insight into the scale of theft of Nigeria’s oil riches under Diezani Alison-Madueke’s watch.

The civil lawsuit, brought by DOJ’s Kleptocracy Asset Recovery Initiative, is seeking to recover $144 million in assets, including a $50 million luxury condo apartment in New York and the $80 million yacht.

Prosecutors say both assets were proceeds from bribes paid by two Nigerian businessmen for lucrative Nigerian oil contracts. The lawsuit seeks the forfeiture of both assets.

Prosecutors claim that the businessmen, Kolawole Aluko and Olajide Omokore, laundered money through the US by purchasing lavish assets.

The $50 million New York condo is at One57, located opposite Carnegie Hall in midtown Manhattan. The building currently holds the record for the most-expensive residential sale in New York following a $100.5 million apartment purchase in 2014.

Aluko’s $50 million condo is the 8th most expensive in the building, but following a loan default, his mortgage lenders are set to auction the apartment on July 19.

Aluko is also said to have purchased Galactica Star, a $80 million 65-meter yacht which hosted Beyonce’s 32nd birthday bash in 2013.

Aluko’s yacht and penthouse are not the only items under scrutiny by the DOJ.

The government also alleges that Aluko, Omokore and others funded a lavish lifestyle for Alison-Madueke.

According to Financial Times, the two are accused of buying a total of four residential properties in and around London worth 11.45 million, and furnishing them with furniture, artwork and other luxury items.

Under the SAAs, the Atlantic Companies were required to finance the exploration and production operations of eight on-shore oil and gas blocks. In return for financing these operations, the companies expected to receive a portion of the oil and gas produced.

However, according to the complaint, the Atlantic Companies provided only a fraction of the agreed upon financing or, in some instances, failed entirely to provide it.

The companies also failed to meet other obligations under the SAAs, including the payment of $120 million entry fee.

Nevertheless, according to the allegations, the companies were permitted to lift and sell more than $1.5 billion worth of Nigerian crude oil.

The government contends the Atlantic Companies then used a series of shell companies and intermediaries to launder a portion of the total proceeds of these arrangements into and through the U.S.