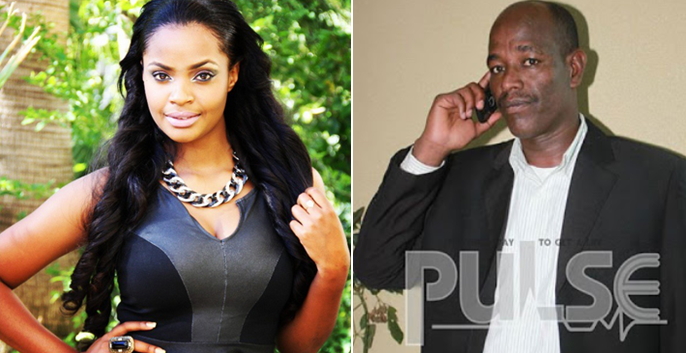 After her victory on the recently concluded Big Brother Africa’s 2013 show, Namibia’s BBA representative, Dillish Mathews have another reason to smile after her dream of meeting her biological father came to reality on Tuesday.

A retired Kenyan Soldier identified as Abdi Guyo came up on Tuesday to identify himself as the real father of Dillish Mathews.

Abdi Guyo claims he had an affair with Dillish Mathew’s mother during his peacekeeping mission in Namibia few years back.

The man who showed up at the Standard Group Office on Tuesday afternoon claims he impregnated Dillish’s mum during his deployment in 1989.

On Wednesday August 28, 2013, A Namibian journalist Rinelda Moutou did an exclusive interview with Dillish Mathews.

The BBA winner made her intention of meeting her real father known during the interview.

She claims her mother Selma Pashukeni told her about her Kenyan father.

What a dream come true.

So why is the man showing up now that his daughter is a millionaire.