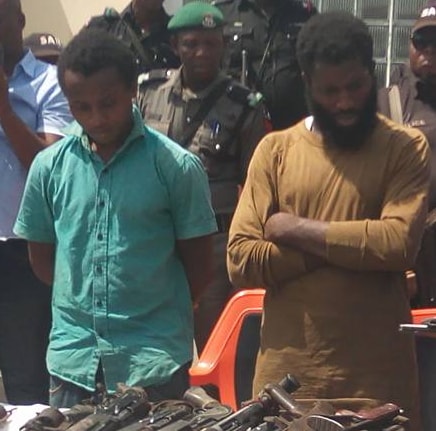 The end has come to the activities of some suspected political thugs allegedly working for Senator Dino Melaye and other politicians from Kogi state.

The suspects identified as Kabiru Saidu aka Osama (gang leader) and Nuru Salidu in their confession at the Kogi state command headquarter in Lokoja today alleged that a politician in Kogi state, Mohammed Audu  (late Audu’s son) who invited them to Abuja introduced them to Dino Melaye.

They added that Dino Melaye settled them in December 2017 and ordered them to deal with his opponents in Kogi state ahead of the 2019 election after giving them N430,000, an AK47 rifle and 2 pump action guns. 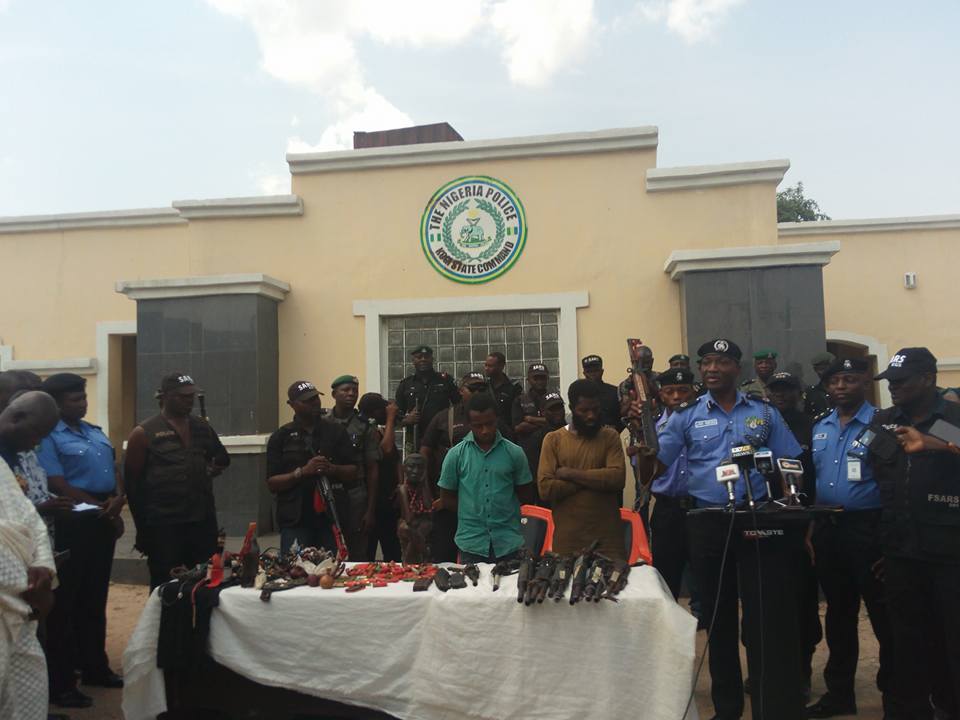 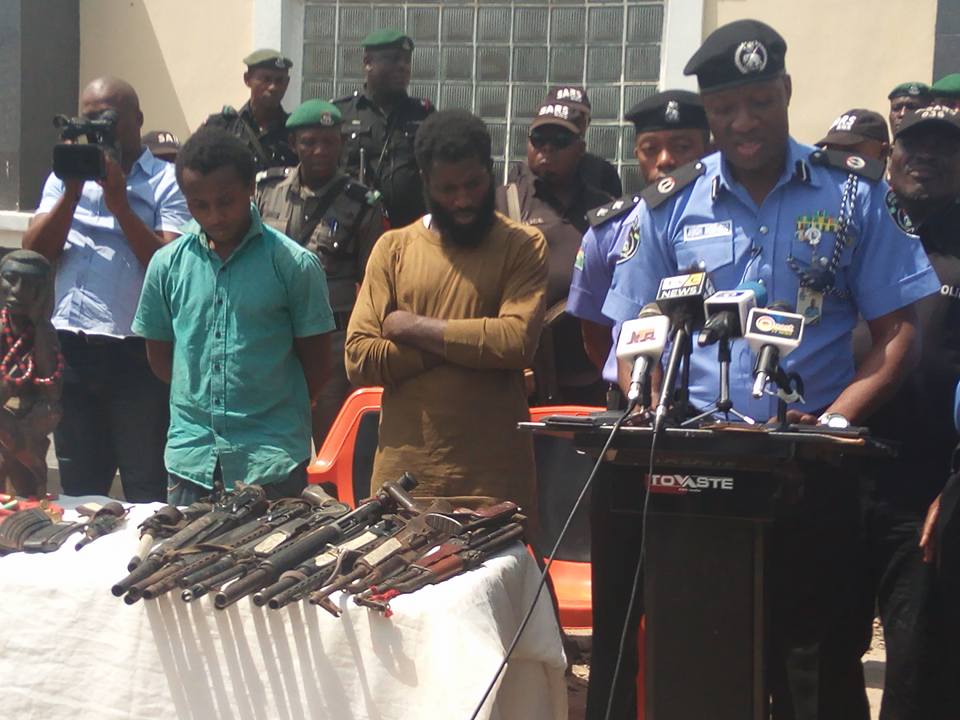 Dino Melaye is yet to honour Police investigation in regards to the allegations.