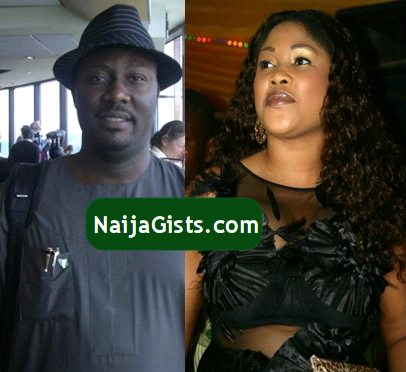 For the past 24 hours the news of Dino Melaye & Bisi Ibidapo romance have been circulating the net. naijagists.com

Few days after Bisi Ibidapo revealed Dino Melaye as the father of her unborn baby and Dino has responded with an affirmative NO.

Here is a message from Moses Yommie Fabiyi

Gals! Don’t be deceived by Dino Melay’s lies…nigga is legally married to my sister (Tokunbo Melaye, nee Fabiyi) & they have 3 adorable kids.
Cos I know Dino to be an unrepentant liar.. I believe he got dt lady pregnant…

Why not be a gd man Nd own up then apologise to his wife.
Kudos to my dear Mrs Tokunbo Melaye for taken so much bullets all in the name of loving a man who doesn’t even deserve her.

The luck Dino has is that he married one of the calmest Fabiyi gals
else it would’ve been a different gist totally….
Today, his hidden acts and lies has come in the open and all over the social media… God no dey sleep

Let me freshen ur memory…. Dino Melaye is married to my sister Tokunbo Melaye(nee Fabiyi) who bore him 3 lovely kids. 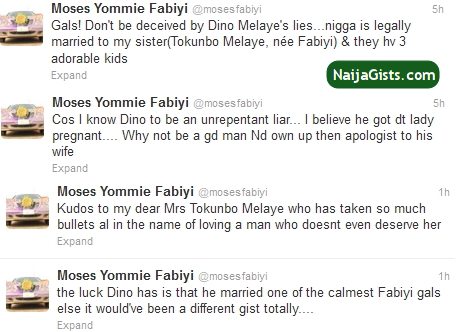 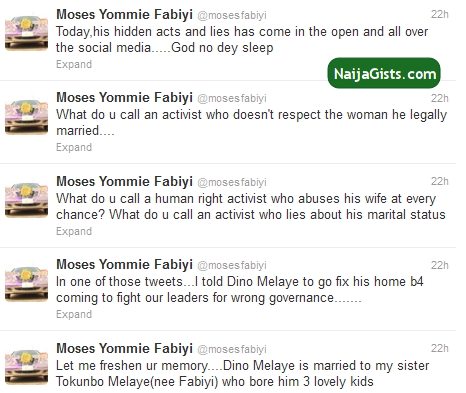 It’s getting really serious our randy honourable has been exposed.