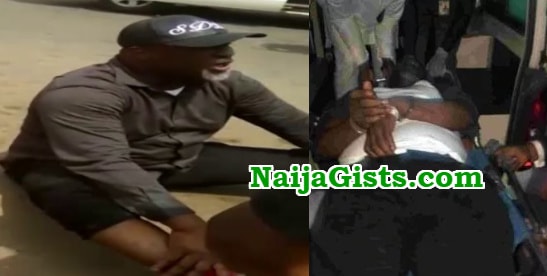 Given the unremitting bad press he gets each passing day, you would think that “Delinquent Senator” better describes the Senator for Kogi West than “Distinguished Senator.”

It is almost as if he cannot do anything that is not delinquent, no matter how hard he tries.

They said he did not earn the degree he claims from Ahmadu Bello University. He proves the contrary. To leave no one in doubt, he decks himself in doctoral regalia to attend a session of the National Assembly, only to be denounced afresh as an impersonator on the insidious ground that he holds only a bachelor’s degree of the third rank.

When did a degree cease to be a degree, pray?

He writes a best-selling tome on the nation’s most pressing problem “Anti-corruption,” and instead of applauding his scholarship, some career calumnists dismiss it as a desultory pastiche riddled with grammatical errors, starting from the title page. It matters not in the least to them that the entire membership of the National Assembly individually and collectively witnessed the historic launch of the volume and supported it with googols of Naira.

I wonder what the calumnists aforementioned will do when the senator emerges (I use that word advisedly) as a frontline member of the Association of Nigerian Authors or as an Honorary Fellow of the Nigerian Academy of Letters, if not the short list for a Grammy – remember he is also a best-selling recording artist – or the National Order of Merit.

Rest easy, contenders for the prizes endowed by the oil companies and the finance houses for fiction, non-fiction, poetry and drama. The Senate’s literary crackerjack is not coming after you. He doesn’t need the piddling cash prize, which amounts to a little more than a month’s takings from his day job of making laws for the good governance of Nigeria.

Dino invokes the Senate’s oversights power to compel an obdurate chief of Customs to appear in uniform to testify on some important national security issues, and they say he over-reached. If he, a distinguished senator – let them lump that if they don’t like it — if he can voluntarily appear before the most distinguished Upper Chamber in his academic robes, why should an ordinary chief of Customs countermand orders to wear his official uniform on a summons from the Senate, not once but three times?

Where, pray, is the over-reaching?

Through frugal spending and judicious husbandry of his emoluments from the legislature, he acquires a fleet of some of the finest automobiles ever built. The collection includes a Lamborghini, Alfa Romeo and a Bentley for sure, and may also boast a Rolls Royce, a Maybach, and some motorcars said to have been specially manufactured to meet his exacting standards.

Elsewhere, they would be celebrating his nice sense of discrimination. Here they dismiss him as a playboy and a showboat inebriated with hot new money and all the crassness and vulgarity associated with it.

A senator can’t spend his own money as he pleases? What is the country coming to?

Unarmed, the senator single-handedly faced down in his hometown a squad of assassins that couldn’t even shoot straight. That, I would argue, is the stuff of heroism. In a land so bereft of heroes, the event should have been memorialised with a public holiday.

Not in a land smothered by Dinophobia.

At his first coming as a member of the House of Representatives, the future senator displayed such versatility and prowess in the martial arts on the floor that it was widely believed that if he was minded to set up a Kick-boxing Academy in Abuja for the benefit of his fellow lawmakers and others who may need such skills, it would be a roaring success. He was the complete package.

When his constituency would not return him to the House and he was literally down and out, he carried out feasibility studies on the project. He concluded that a Senate seat would serve him much better.

Now his prowess is reserved exclusively for the protection of his patron the irremovable president of the Senate, in the capacity of personal bodyguard.

Nobody is applauding his loyalty and sense of sacrifice. Undiscerning as always, the usual detractors see in the Kogi Senator’s relationship to his principal only grovelling subservience. Some of them, I bet, can’t recognise nobility of character even if it were to kick them in groin.

It was prowess in the martial arts that the Senator deployed in executing a Houdini-style escape from the police when they were taking him in an armoured vehicle to Kogi to face spurious criminal charges. To cover their embarrassment, the police charged him with “attempted suicide.”

First of all, whose body is it? Second, why would he attempt to kill himself when he has so much to live for – those mansions in Abuja and elsewhere, those luxury cars, money in the better banks and in the hardest currencies, with much more to come?

Dinophobia is a terrible affliction, believe me. As if that is not bad enough, recent events have, if anything, further compounded and raised it to a national malady.

The other day, as the good senator was heading to Kogi to commission blocks of classrooms, the latest addition to his impressive portfolio of constituency projects, some hoodlums with murder on their minds emerged from the bush somewhere on the Abuja-Lokoja stretch, intercepted his car, and immobilised it.

They struck it viciously and relentlessly with their cudgels but could not make a dent on its armoured frame. Nor could they shatter the glass windows. They tried to flip the vehicle on its side. No luck. They tried to flip it on its back; same result. The senator just looked on, bemused.

The hoodlums then scampered away in search of disused tyres or some highly combustible material with which to set the senator’s car on fire. The senator knows their type all too well; no need to take further chances.

So he bolted out of the car into the bush and ran as fast and as far as his sturdy legs could carry him, his assailants in hot pursuit. By then, it was dusk, and visibility was diminishing. In the distance, he could just make out the hazy outlines of a huge, solitary tree. He raced to it, wrapped his arms and feet around its trunk and with practised movements lifted himself three feet at a time until he reached safety some 120 feet above ground.

With danger lurking everywhere – from his nonplussed assailants, hunters who might mistake the bulky object high up the tree for some exotic game and shoot at it, denizens of the bush bristling at the invasion of their habitat, and from cattle herders who might perceive whatever was up there as a threat to their priceless herd, he decided that the tree was the safest refuge.

And there he stayed until daybreak, fighting off insects and sleep and hunger and thirst and creatures of his own imagining.

By any standard, this was a feat of extraordinary daring, valour, and resourcefulness. But they are not cheering. Instead they are calling it a stunt, a tawdry tale designed to shore up the image of a senator who has become a byword for delinquency.

In his ordeal, they won’t even accord him the empathy we owe one another.

Dinophobia, I tell you one more time, is a terrible affliction.

Continue Reading
You may also like...
Related Topics:dino melaye, dinophobia

Jubilation Over Political Tactic Of Mass Defection Is Worthless. Here Is How Nigerians Can Make Right Choices In 2019
I’m For Better Nigeria Not PDP Or APC: Nigerians, Arise! Arise! And Claim What Is Yours