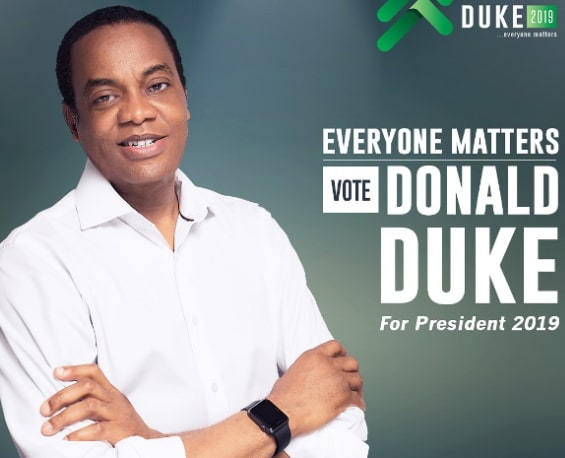 The SDP was also ordered to forward Gana’s name to the Independent National Electoral Commission (INEC) as its candidate for the 2019 general election.

Professor Jerry Gana, a former Nigerian Minister of Information, has been declared the presidential candidate of the Social Democratic Party (SDP).

The declaration was made in a ruling by a Federal High Court sitting in Abuja on Friday.

Donald Duke had been declared as the presidential candidate of the party after the primary election held in October 2018.

However, Gana had instituted a case against the result in court, basing his case on the zoning and rotation formula of the party.

“The law has crystallised that political parties should abide by the regulations which they have made by themselves. The claimant laid sufficient evidence to have the judgment in his favour; it is a clear violation of the party’s constitution; the court cannot wave right over illegality.”

Duke’s votes were declared null and void and the judge declared that Gana was the winner of the election. The SDP was also ordered to forward Gana’s name to the Independent National Electoral Commission (INEC) as its candidate for the 2019 general election.