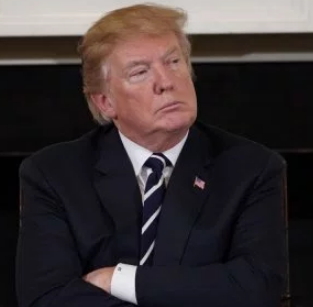 Donald Trump today slammed what he called fake news outlets reporting that he suggested arming teachers as a possible solution to school shootings.

“”I never said ‘give teachers guns’ like was stated on Fake News CNN and NBC.

“What I said was to look at the possibility of giving ‘concealed guns to gun adept teachers with military or special training experience – only the best,” Trump said in a Twitter message.

The president was referring to comments he made on Wednesday during a White House listening session with victims and survivors of school shootings, including last week’s attack in Parkland, Florida that left 17 people dead.

In a series of Twitter posts on Thursday, Trump argued that “Highly trained teachers would also serve as a deterrent to the cowards that do this.

Far more assets at much less cost than guards,” adding that “If a potential ‘sicko shooter’ knows that a school has a large number of very weapons talented teachers (and others) who will be instantly shooting, the sicko will never attack that school.”

Trump invited victims of Feb. 14 shooting in Parkland to the White House, along with survivors and parents of children killed in the 1999 Columbine High School shooting and the 2012 Sandy Hook School massacre.

The president listened to a series of emotional stories and pleas during the 90-minute meeting and asked his guests to suggest solutions to the persistent problem of school shootings in the U.S.

Nearly 300 shootings have occurred at U.S. schools since 2013, an average of about one per week, according to Everytown for Gun Safety, a U.S. gun control advocacy group.

The attack in Florida was the 18th incident involving guns at a U.S. school so far this year, and the eighth to result in injuries or deaths, according to a running tally provided on the group’s website.