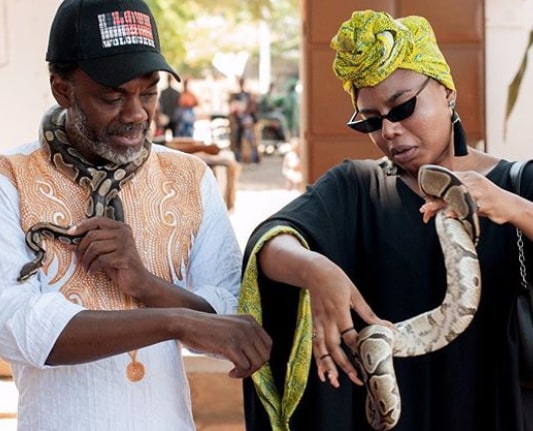 Nollywood actor Wale Ojo’s directorial debut, a movie project titled Don’t Get Mad, Get Even has wrapped up in Benin Republic.

“Don´t get mad, get even’ is an intriguing romantic comedy that is extremely hilarious and entertaining and will surely cheer you up even in difficult or stressful situations,” says the executive producer, Raphael Dedenuola.

The film tells the story of Jaiye and Juwon Kuti, two brothers whose relationship becomes estranged when the younger brother Juwon drops out of school to pursue a music career.

It is a production of RGD Media Productions, which has roots in Germany, Nigeria and the Republic of Benin.

See behind the scene photos in the clip below

Continue Reading
You may also like...
Related Topics:cotonou, debut, directorial, dont get mad get even, wale ojo

Ini Edo: Uche Jombo Is My Personal Friend, She Is One Of The Best Female Nollywood Producers
Iya Rainbow: Younger Nollywood Actors Lack Respect For Elders