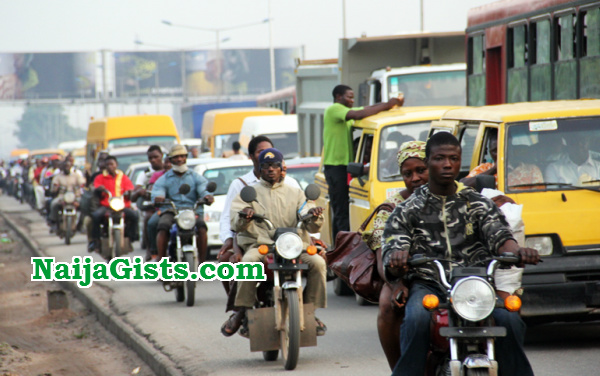 A beautiful lady who recently boarded a commercial motorcycle popularly known as Okada from Alakuko area of Lagos state, southwest Nigeria, died on the spot recently when the Okada rider ran into an electric transmission tower.

According to the police, the victim could not be identified and her family could not be traced because other Okada riders who arrived the scene shortly after the accident removed her phone and other belongings.

This has made it difficult for the police to identify the victim or trace her family.
The victim’s corpse was later removed and deposited at Ifo General Hospital Mortuary.

The Okada rider identified as Solomon Eni of 5, Ahmed Way, Alakuko, Lagos was said to be drunk as at the time of the accident.
Eni, who survived the accident, was arrested and has been jailed.