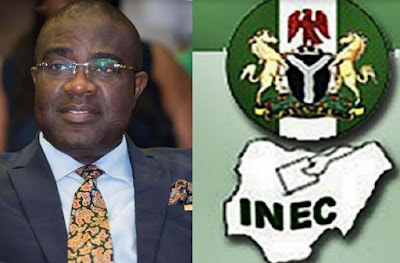 The unholy alignment between INEC and Ex LP Chairman, ‎Abdukadir Abdulsalam has established a new path that conflicts peace, progress and unity in the ‎party. The illegitimate and false projection of Abdulsalam as the Labour Chairman against the result of ‎the party convention held few months ago
have promoted discord in the party.

Dr. Mike Omotosho emerged chairman of Labour Party during the recent party convention conducted in Abuja. ‎However, the alignment and relationship between Abdukadir and INEC has proposed a myriad of mixed reaction amongst party faithful members.

Therefore, a group called Labour Party Youth Vanguard (LPYV) has ‎threatened to petition the activities of Abdusalam and the ‎unscrupulous intentions of some INEC officials in the legal unit particularly Mrs Popoola who is hell bent on distorting the truth, as well as compromising developments in the party.

The group’s President therefore probed INEC for compromising the constitutional standards of the commission and cautioned Abdusalam to accept defeat and allow the results of the national convention of ‎labour party to be fully operational.

It was reported that Abdusalam played a pragmatic role in ‎shortchanging the progress of the party; he embezzled over 1.3 billion naira belonging to the party, ‎sponsored projects and contents that restricted growth in the party and cajoled the Independent
National Electoral Commission against removing his name as the chairman of the party, thereby navigating
the party towards the path of confusion.

Also reacting to the situation in the party, the President of Labour Party Youth Vanguard, Usman Ibrahim ‎says, “INEC must recognize the results of the convention and uphold Dr. Mike Omotosho as the new
chairman of the party.” He went further to state that Labour Party only has one chairman who we carefully chose and eventually emerged as the party chairman, Dr. Mike Omotosho.

The party has faced several challenges and it is now obvious that the need to engage a forthcoming
paradigm shift is basic as 2019 general election draws close. Amidst the crisis in the party, Dr.
mike Omotosho, the new National Chairman has continued to stir the activities of the party towards
visionary paths.