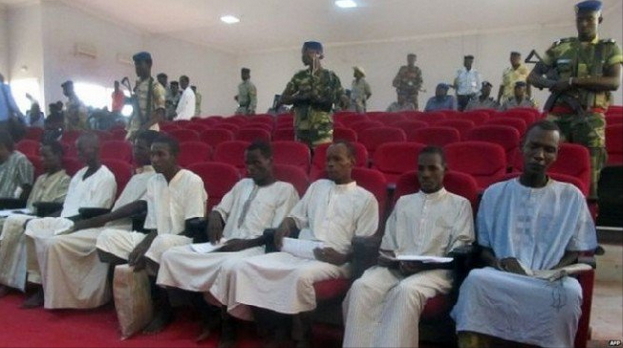 August 30, 2015 – 10 Boko Haram Members Executed By Firing Squad In Chad 24 Hours After They Were Found Guilty Of Suicide Bombing

The terrorists which included a Nigerian identified as Mahamat Mustapha aka Bana Fanaye were executed Saturday morning on a shooting ground in the north of Ndjamena.

A judicial source who asked not to be identified leaked this to the Associated Press yesterday.

The 10 terrorists were sentenced to death on Friday. The trial lasted 48 hours.