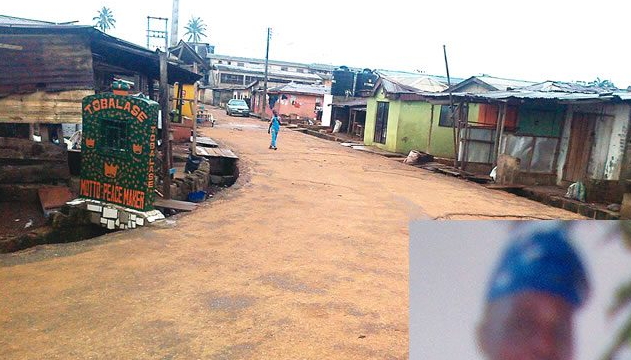 A 6-man cult gang shot and killed 4 people over the weekend in Igbogbo area of Ikorodu.

It was gathered that the suspected cultists who belonged to Eiye Confraternity arrived the community around 8pm on two motorcycles.
Rasheed Yusuf, aka Low Banger, a 63-year-old native doctor, who was walking along the road, was the first target.

The attackers according to reports also shot at Rasheed’s wife, Falilat, and a two-year-old girl, Kehinde, both died on the spot.

The Punch reports that the heavily armed gunmen reportedly ambushed and shot dead two men, identified as Yusuf Cisco and Lukman Apetu, who were returning from work on a motorcycle. Another person whose identity could not be ascertained at the moment was also killed in the attack.

Policemen from the Ikorodu division and members of a vigilance group in the area were said to have arrived at the area to remove the corpses after the attackers left.

An eyewitness, who did requested anonymity, said the gunmen were on a reprisal attack, adding that they decided to pass their aggression to residents when they didn’t meet their targets.

He said, “Baba (Rasheed), a well-known native doctor in this area, was walking to his son’s shop on Tobalase Street when he heard the gunshots. He was about warning his children to lock the doors when the gunmen shot him.

“They also shot at his wife and a little girl. We rushed the woman and the child to a public hospital where they are still receiving treatments.