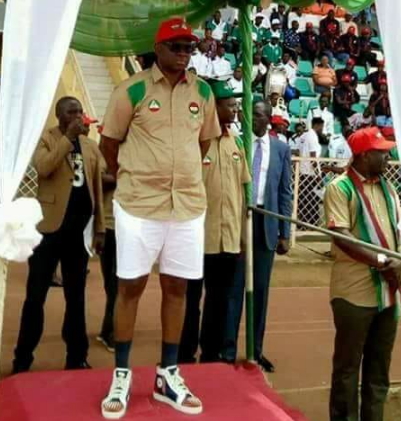 This year’s  May Day celebration is the worst in Ekiti state’s history as civil servants shunned the event that held at Oluyemi Kayode Stadium in the state’s capital.

The event experienced low turnout as many workers stayed home due to Fayose’s inaction in regards to the payment of their 6 months salaries.

As Fayose who wore a white short was reading from his prepared speech, the workers shouted

As usual Fayose replied them with these words;

His explanation however saddened some of the hopeful workers who had expected a favorable reply from the State Governor. 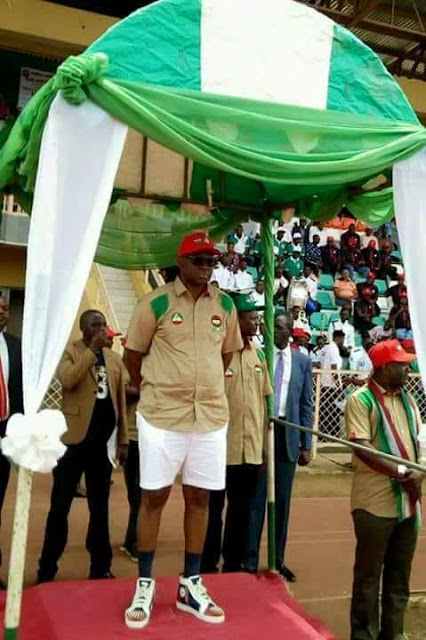 Many were seen leaving the place the moment Fayose gave them the usual excuse while others booed him.