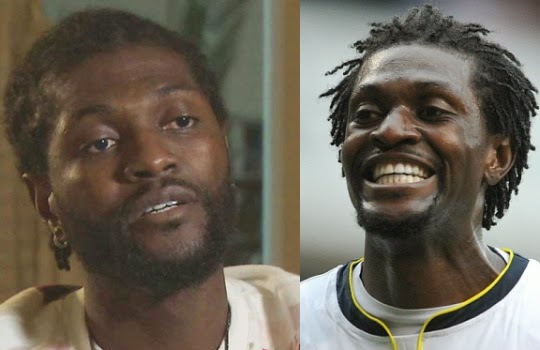 May 22, 2015 – Emmanuel Adebayor Battling Mental Problem, Footballer Gets Compassionate Leave Of Absence From Tottenham To Fix Family Problem, FC Plan To Sell Him

Tottenham Hotspur forward, Togolese footballer Emmanuel Adebayor has been granted a compassionate leave of absence in the wake of his family issue.

The football player who has been releasing series of traumatic family letters online was told by his football club to leave now in order to sort out the family issue that is affecting his football career.

Reports have it that Tottenham is planning to sell off the forward who has only scored 2 goals out of his 10 appearances this season.

His FC thinks his family issue is affecting his performance.

Reports have also emerged from Togo that the footballer is battling mental problem that will likely need spiritual intervention.