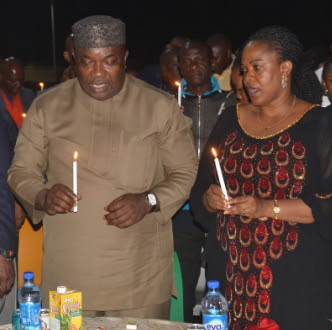 In an apparent move to stop further bloodshed between Fulani herdsmen and Enugu State farmers, Governor Ifeanyi Ugwuanyi has banned rearing of cattle and night grazing.

He made this announcement after meeting with leaders of the Fulani/Shuwa Arab herdsmen in the state.

The ban is coming on the heels of the invasion and killing of scores of residents of Nimbo community, in Uzo-Uwani Local Government of the state recently by suspected herdsmen.
Also banned are the carrying of firearms or any form of ammunition by the herdsmen and movement of cattle from one location to another at night in the state.

During the meeting, the governor and Shuwa Arab herdsmen agreed that the herdsmen should pay the farmers for destroying their crops.

All farmers who killed any cattle were also ordered to pay the herdsmen.

The governor also set up a peace committee to ensure calm in all the affected communities.