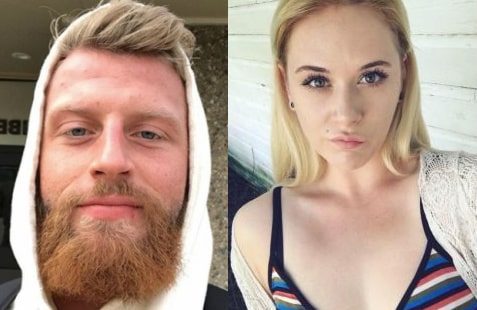 According to Fox News, a You Tuber identified as Erich Stelzer has died.

The 25-year-old bodybuilder died after police tased him while viciously stabbing a woman he met on Tinder.

He was spotted outside a home on top of a woman as he repeatedly stabbed her.

Sadly he didn’t recover after police tased and arrested him on Thursday night.

He died while being rushed to the hospital.

The victim, 24-year-old Maegan Tapley is likely to lose an eye due to the injuries he suffered during the vicious attack.

The attack  happened in Cohasset, Massachusetts