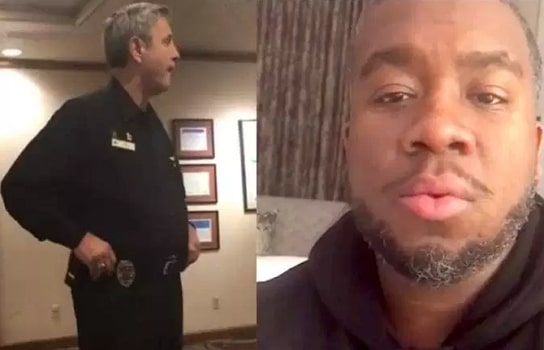 Two racists who discriminated against a black man and kicked him out his hotel room in Portland Oregon have lost their job.

About a week ago, Mr Jermaine Massey was sent packing from DoubleTree by Hilton hotel in Portland for making a phone call to his mother in the hotel lobby.

Sadly, he was disgraced and racially profiled when the hotel manager and security guard called the cops on him on the 22nd of December 2018.

Mr Massey who was calm throughout his ordeal later took to Instagram to narrate his ordeal.

The employees have been fired as the hotel apologizes over the racial profiling case. 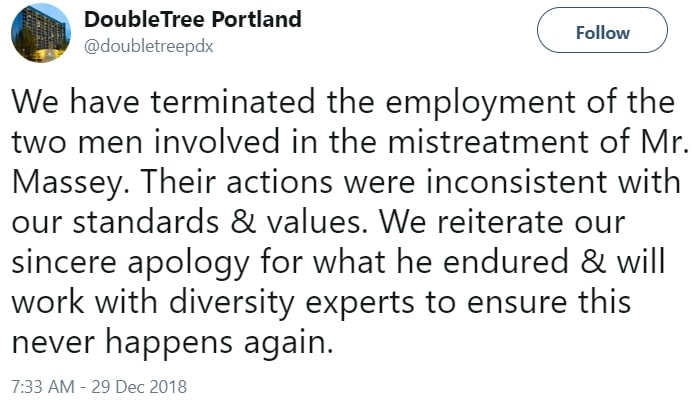 See below for the video Mr Massey took during the unkind confrontation.

Massey’s ordeal is one of many incidents where police have recently been called on black people doing regular day-to-day tasks.

Because of cases like this, many Blacks have abandoned Portland Oregon.

The issue of racism and racial profiling in Oregon is dated back to 1844 when all black people were ordered to leave Oregon.