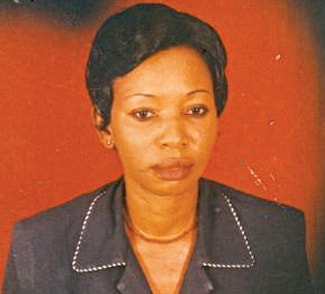 Akpaka family members of Nimo Anambra State have expressed worry over the controversy surrounding the death of their only sister, Mrs. Rita Ugwuegbulam, who died on May 22, 2015 at the age of 50 years. To date, the body of the late Mrs. Ugwuegbulam is still lying at the hospital mortuary in Enugu

In an emotion-laden statement in Awka, the family alleged that the corrupt system in the country contributed to the ordeal it was passing through in the hands of security operatives, pathologists at the Enugu State University Teaching Hospital, officials of the Medical and Dental Council of Nigeria and Mr. Ray Ugwuegbulam, the husband of the late Mrs. Rita Ugwuegbulam. Mr. Mike Akpaka, the representative of the family, alongside his bother and another relation, sobbed intermittently as he narrated the story in Awka and said his family would not wish what it is passing through to befall another family.

Following its dissatisfaction with the way the matter concerning Mrs. Ugwuegbulam was handled by security and medical practitioners, the Akpaka family had petitioned the Presidency, the Inspector-General of Police, IGP, the Minister of Health, the Speaker of the House of Representatives, among other bodies, to intervene in the matter and ensure that justice was done against those allegedly involved in the questionable death of their sister.

Going down memory lane, Mike Akpaka, who spoke on behalf of the family said: “Our only sister, who was married to Ray Ugwuegbulam died in her matrimonial home in Enugu on May 22, 2015 under suspicious and very questionable circumstances, including a mysterious abdominal incision, which was later found on her body. 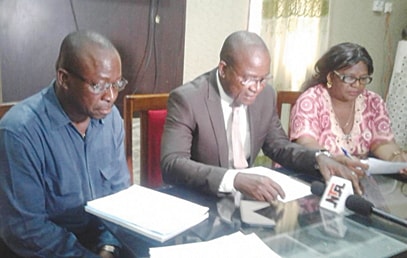 “When our brother in-law could not cooperate with us to perform an autopsy in order to find the cause of death, we requested and eventually obtained her corpse from our brother in-law after a prolonged struggle. “When our brother in-law, Mr. Ray Ugwuegbulam, was not forthcoming and couldn’t offer any coherent or reasonable explanation and as the whole circumstances became shrouded in mystery, we invited the police in Enugu through our lawyer’s petition to the Enugu State Commissioner of Police dated August 25, 2015, to determine the cause and time of death and the necessity for the abdominal incision and if the incision contributed to her death.

“This was when we started noticing signs of cover-ups, manipulations and obstruction of justice from the very public institutions and individuals that we relied on to uncover the truth of what happened to our beloved sister.

“We petitioned the police to get some answers since he wouldn’t cooperate with us. Our brother in-law also went around and tried to compromise some of our unsuspecting extended family members to help rush the burial of our sister at his home town. “We found out in good time and were able to stop those efforts and had those family members return his money.

If our brother in-law had nothing to hide, he wouldn’t be making those sneaky and undercover efforts and would gladly reveal the identities of his accomplices. “Even though we were compelled to pay for the autopsy by the police, yet, they did not allow us to appoint our own pathologist for the autopsy.

However, we were able to get one pathologist to observe the autopsy for us, even as some of the people were not comfortable with his presence.

Alleged Fraudster Akinkunle Olunloyo Not My Father’s Son, He Is My Cousin – Kemi Olunloyo
IGP Ibrahim Ignores Senate Invitation Over Prosecution Of Dino Melaye For The 2nd Time