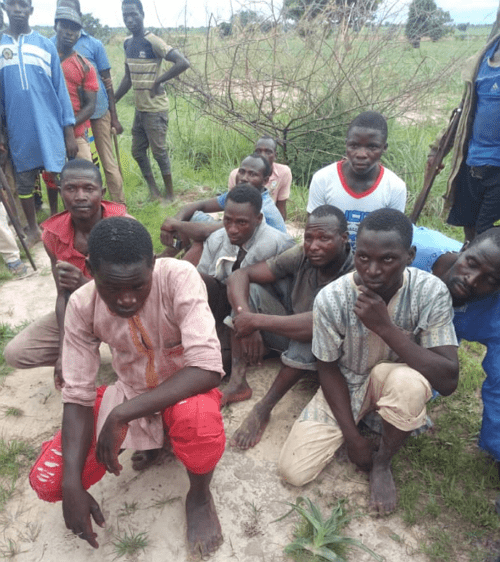 13 Farmers Kidnapped On Their Farms In Kaduna Rescued From Bandits

Troops of 1 Division Nigerian Army, Kaduna under Exercise Harbin Kunama III have rescued 13 farmers kidnapped while working in their farms at the outskirts of Kuyelo community, Birnin Gwari Local Area of Kaduna State.

The Division also said the troops killed one of the bandits while others escaped with gunshot wounds.

A statement on Monday in Kaduna by the Deputy Director, Army Public Relations, Colonel Ezindu Idimah said: “Following distress calls received from good Samaritans indicating the abduction of some farmers while working on their farms at the outskirts of Kuyelo community, in Birnin Gwari Local Area of Kaduna State.

“A patrol team from 1 Division Nigerian Army stationed at Super Camp Kuyello, on Exercise HARBIN KUNAMA 111, swiftly pursed the bandits/kidnappers and rescued all the 13 kidnapped farmers after a serious exchange of fire with the criminals.”

The spokesman however assured soldiers are currently combing the general area, which borders Katsina, Zamfara and Kaduna States.