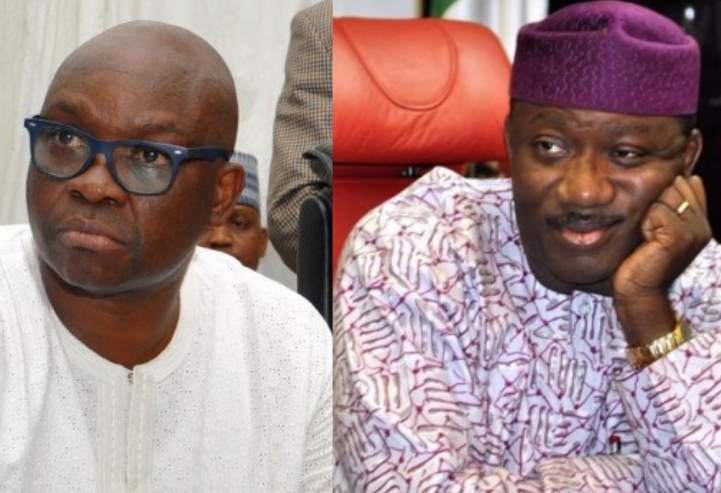 April 5, 2017 – Ekiti APC To Fayose: You Are Afraid Because You Rigged 2014 Election, Stop Blaming Fayemi For Your Sins

Ekiti State Chapter of the APC has said Governor Ayo Fayose should be ready to face justice and stop accusing his predecessor, Dr. Kayode Fayemi, of plotting to remove him.

The state Deputy Chairman, Mrs. Kemisola Olaleye, who spoke yesterday at a rally for members in Ado-Ekiti Local Government, said Fayose was being haunted by crimes allegedly committed against the constitution.

The rally, which took place at Ereguru was tagged: “March on Ado Ekiti by Ado APC”, was organised to sensitise the people to prepare for 2018.

Mrs. Olaleye warned Fayose to leave Fayemi out of his travails.

Publicity Secretary Taiwo Olatunbosun said no amount of blackmail and propaganda would dissuade the party from seeking justice.

“Fayose is jittery and he is being haunted by his past as regards to the 2014 election which he knows was manipulated.”