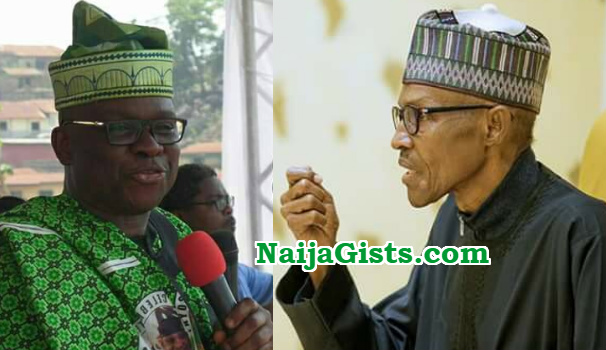 Ayo Fayose of Ekiti on Wednesday demanded for live video of Buhari addressing the nation after describing the report that the Acting President Osinbajo visited the President in London as a deceit and another attempt by the APC to deceive Nigerians on the health status of Mr President.

In a press statement released by his spokesperson in Ado Ekiti yesterday, Fayose said Nigerians deserve to know the truth. 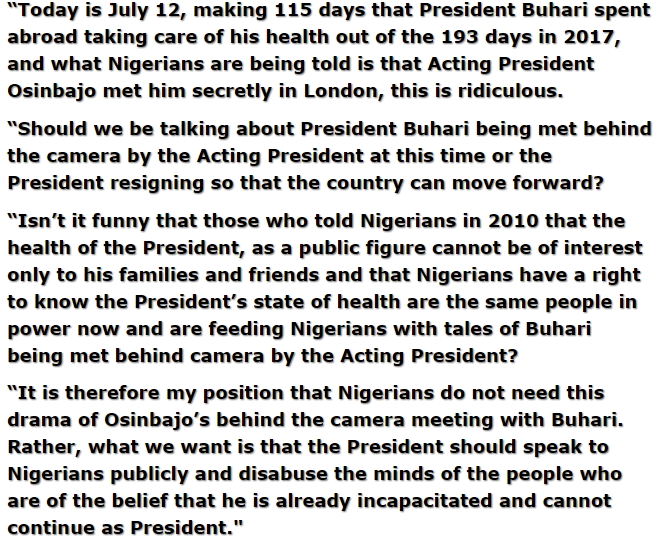 Continue Reading
You may also like...
Related Topics:Buhari, fayose, video