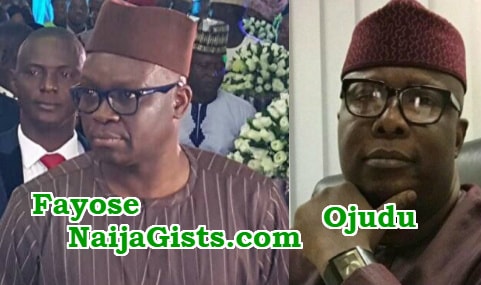 In a campaign video now trending online, Ojudu alleged that the “Ekiti State Man of The People” is a mass murderer who has acquired a Niger Republic passport as he plans to flee Nigeria to Niger Republic before his tenure expires.

Watch the trending video below.

These are very serious allegations.