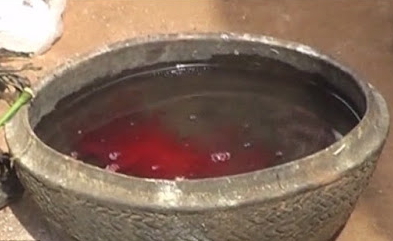 December 9, 2016 – Female Juju Priest & Others Arrested At A Shrine In Enugu For Circulating Fake US Dollars

Amaraizu said that the police recovered red and white cloths being used by the suspects in their shrine.
Also recovered are pots containing substances believed to be charms and 16 bundles of 100 notes suspected to be fake U.S. dollars.

“It was further gathered that the suspects have been a torn on the flesh of members of the public who usually and unknowingly fall victim of their antics.