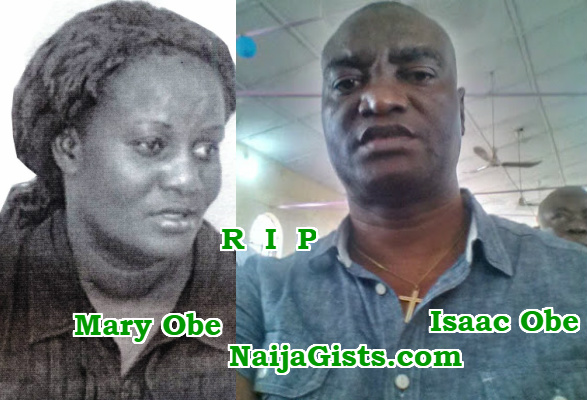 A popular Human Rights activist in Rivers state has been assassinated months after some suspected cultists killed her brother.

Barrister Mary Obe who lost her younger brother, the immediate past President of Eleme Youths and APC Chieftain Comrade Isaac Obe back in January was murdered around 3am on Wednesday by some gunmen who invaded her house at Alode Eleme in Eleme LGA of Rivers state. 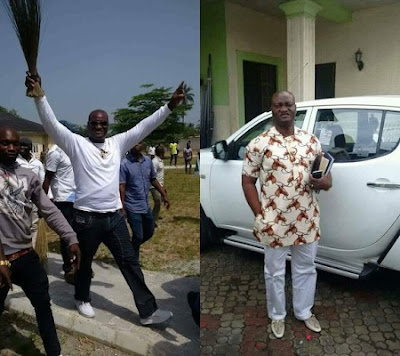 A leader in the area, Mr Ollor Olomate vowed to ensure her killers are arrested.

Here is how he narrated Mary Obe’s assassination to reporters yesterday: 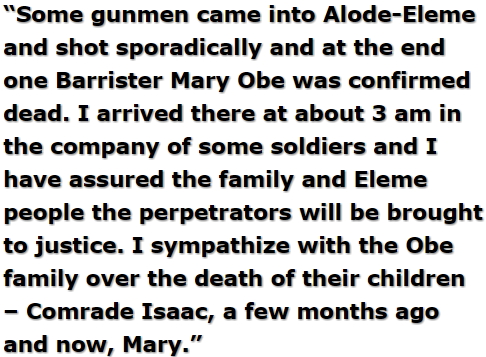 Before her untimely death, Mary Obe vowed to fight those who killed her brother to the end. 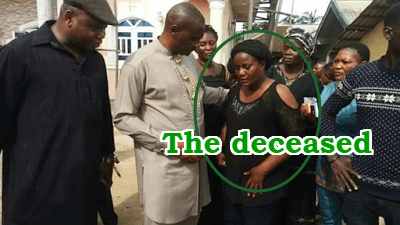 The case was transferred to Abuja after she petitioned the IGP few weeks ago.

Sadly she didn’t live to get justice for her brother.

Comrade Isaac who was killed early this year is yet to be buried.