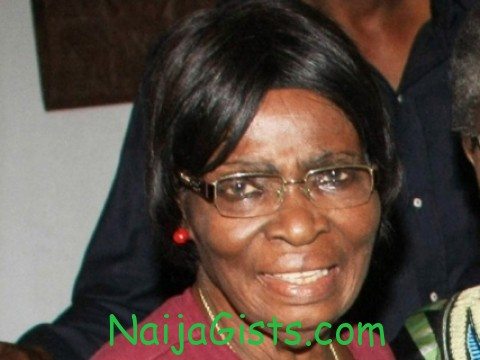 We learnt the aged woman( Queen of Ogwashi-Uku kingdom) was kidnapped by 8 gunmen at about 1:30pm on Sunday afternoon at her hubby’s residence located in Ogbe-Ofe quarters in Ogwashi Uku area of Delta State. 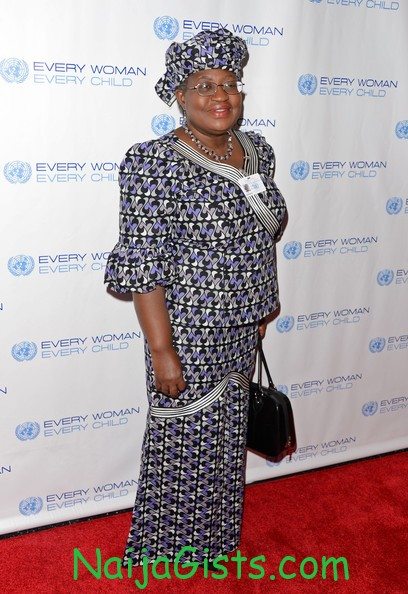 The gunmen stormed the palace in 2 Audi cars.

Ngozi Iweala’s mother , Prof. Kamene Okonjo is a medical doctor who is married to a popular monarch (traditional ruler), Professor Chukwuka Aninshi Okonjo Agbogidi in Ogwashi-Uku kingdom. She is 82-year-old.

Delta State Police spokesman, Charles Muka who confirmed her abduction said: “Yes, we (police) have got the information on the kidnap and we have also got information that will lead to the arrest of the hoodlums,”

Following her kidnap, security has been tightened in the palace and Delta State police officials have launched a manhunt for her kidnappers.

We are still unsure if the finance minister is aware of this developing news.

We hope for her safe return.

Dino Melaye Rejects Bisi Ibidapo’s Baby: She Doesn’t Look Like Me
Folorunsho Alakija, World’s Richest Black Woman: How She Made Her Billions In Oil Business