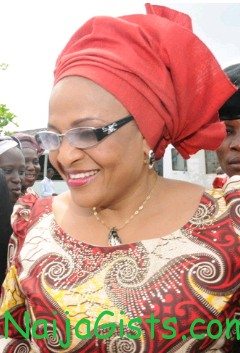 A London Met Police Official who declined to comment further because of UK’s law has confirmed that Florence Ajimobi was indeed arrested over money laundering when she was caught with Over 400,000 pounds and an unspecified amount of US dollars valued at N500 million.

When asked if she was arrested, the MET said “Yes”

“I am sorry, we are unable to disclose any information to you under the Data Protection Act,” an officer in the MET Lambeth Office responded.

In another development, Ajimobi has sued PM News and News leak for leaking his wife’s secret.

These politicians are turning into something else.

This country is the most blessed country on the planet earth but these politicians are possessed by demons of corruption.