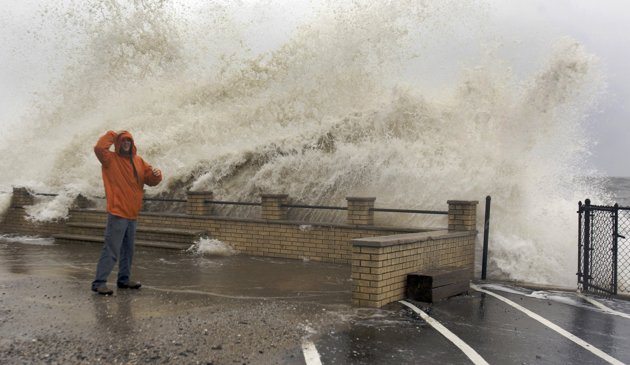 Several homes in Toronto & New York are left without power as we speak.

At the time of the report, I’m currently in Toronto as my flight to New York was cancelled.

A woman lost her live tragically during the impact of the storm after she was hit by a falling business sign.

Over 14 people died in New York yesterday after Storm Sandy caused a massive fire that is currently ravaging New York as we talk.

Over 200 firefighters are battling the fire.

For Super Storm Sandy update you need to check with Google’s Crisis response center at https://google.org/crisismap/2012-sandy.

At GCR, you will get up-todate information, live video and webcam and current news on Hurricane sandy.

I’m set to leave for Nigeria today from New York but as it is right now, my flight has been cancelled until storm sandy dies down.