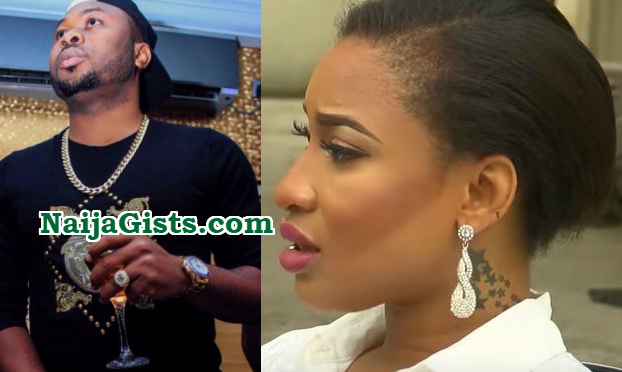 March 14, 2017 – From Love To Hatred: How Tonto Dikeh Downgraded Her King MrX To Common Mrx

Nigerian actress Tonto Dikeh is obviously one woman who does anything and everything when in love, including ascribing lovely pet names to the one she loves, but when you crush her, she definitely knows how to withdraw all the affection.

Just like yesterday, the actress introduced us to the new man in her life, even though we got no name and face, we knew there was a Mr X. making the actress happy.

Until her marriage, most of us referred to Tonto Dikeh’s love as Mr. X, we all got comfortable with it and it was sort of cool even.

Then we met him, realised he was related to former President Olusegun Obasanjo and we totally forgot Mr X as we got used to calling him Oladunni Churchill.

Well, Tonto Dikeh has returned to referring to Churchill as Mr. X but this time the tone isn’t of love or affection but of anger, bitterness and something akin to hatred!

The X this time came in sad small letters an indication that Mr x now means nothing and has no place in the heart of Tonto!

How the mighty are fallen. He came from being Mr X, to my King and now to Mr x! The mighty are indeed fallen.

Daniel Ademonikan: I Married Stella Damasus Because She Is Smart & Super Intelligent
Kemi Olunloyo Arrested For Claiming Obasanjo Used Her Brother For Ritual