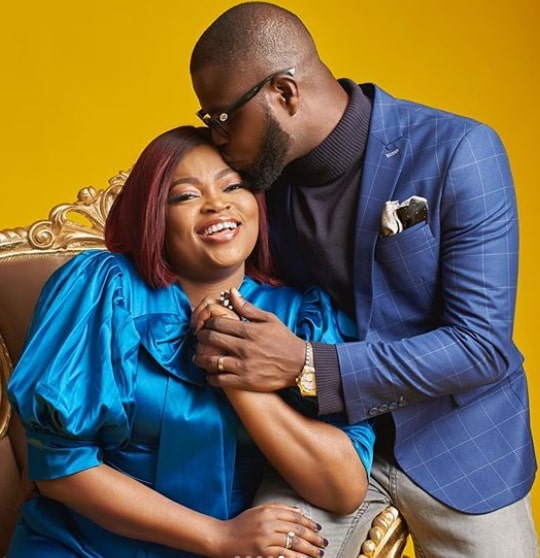 Top film producer Funke Akindele-Bello has revealed that she can’t allow her friends to have free access to her husband.

The mother of two who is married to music producer, JJC Skillz, says her friends can only call him when it’s his birthday or when they want to reach her but cannot. Other than that, its a no-no for her.

The actress who welcomed a set of twins late last year, said this during an interview with TVC. When asked her opinion about friends and respecting personal spaces in marriages and relationships, Funke said,

“For me, personal space is personal space. Your best friend has to stay in her lane. Your friend can come to your house, your husband can know your best friend, he can say hello but why would she be calling my husband on the phone? Except its his birthday”.