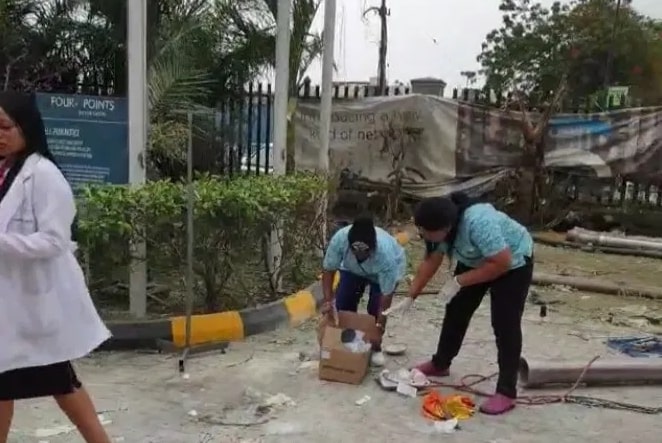 3 people got injured this afternoon following a gas explosion that happened at Four Point By Sheraton Hotel in Oniru Victoria Island Lagos.

According to report, the incident happened while some welders were working inside the hotel premises around 12:35pm.

A leaking hose reportedly brought by the welders was said to have triggered the deadly explosion that shattered the room windows, and several vehicles parked in the area.

The victims were rushed to Lagos Island General Hospital for treatment.