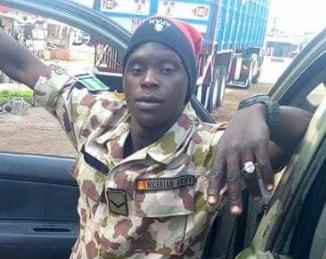 One of the victims of Boko Haram latest attack on the Nigerian military in Yobe has been identified.

The soldier simply identified as Julius was among the gallant warriors who died while defending their country.

He was among the Operation Lafiya troops ambushed by Boko Haram militants around 12:30pm  in Tarmuwa LGA of Yobe state.

The troops were deployed to battle the insurgents who have been on rampage for food and logistics.

Although they overpowered and neutralized the insurgents, the military also lost some soldiers in the fight.

Here is how his friends remembered him. 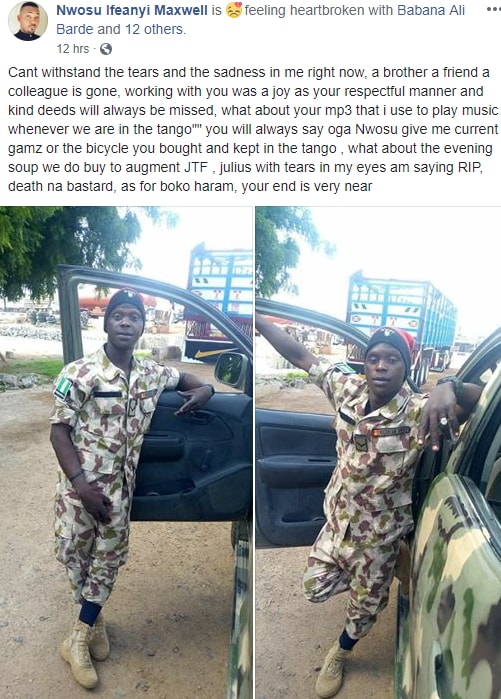 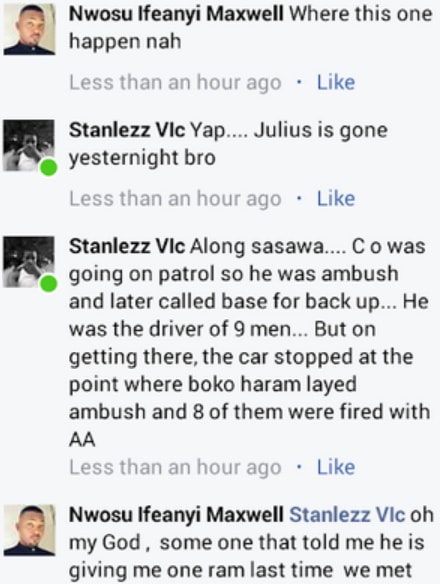 Ugandan Man Smuggles Bundle Of 15 Itel Phones By Wrapping It Around Stomach
Ejike Mbaka Slams Buhari In New Message, Says PMB Will Cry As Angels Are Warming Up