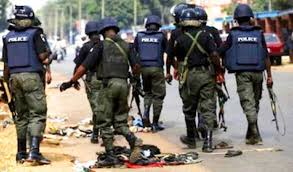 The Commissioner of Police for Borno state Mr Damian Chukwu, revealed that the command had arrested a 13-year-old suicide bomber, Zara Idriss, in Maiduguri on Monday.

He said the girl was apprehended by men of the command behind the Bakassi Internally Displaced Persons (IDPs) camp.

He explained that preliminary investigations showed that the girl and three other female suicide bombers were brought in a vehicle into Maiduguri.

“She told us that four of them were dropped by a car and her mission was to detonate explosive in the camp area.

“The girl is refusing to lead us to the place where she threw away the explosive device vest. Our men are on the trail of the remaining suicide bombers.

“I am happy people are now becoming security conscious in the communities,” he said.